It came across as unbecoming of HMRC to point the finger at key personnel at central government bodies with whom it might as well share a Whitehall canteen with, by saying it was them who were behind £263million in IR35 wrongdoing by not understanding contractual frameworks.

But point the finger at its fellow civil servants is exactly what HMRC did at this month’s Public Accounts Committee (PAC) inquiry – ‘Lessons From Implementing IR35 Reform,’ writes Andy Vessey, head of tax at Kingsbridge.

Many will agree it’s somewhat staggering that key personnel erred on IR35 in this way, not just because the personnel apparently received a “masterclass” from HMRC in IR35 compliance (as the Revenue told the PAC), but also because it’s a basic, fundamental tenet of IR35 that when considering the hypothetical contract, the upper and lower level contracts must be considered.

It's my contention that either HMRC did not manage to get that message across to some departments, and/or there was a degree of apathy towards the new off-payroll rules. Personally, I did get the impression that when the off-payroll rules were introduced in April 2017, the latter attitude was present among some government departments, with staff in those departments begrudgingly accepting responsibility for IR35 matters bestowed on them.

Perhaps the PAC’s chair Meg Hillier MP captures best what I’m referring to, when she said in the session: “A message to government departments to read the memo from HMRC and act upon it.”

Remember, substitution was a golden bullet for a while with HMRC’s CEST

Furthermore, from what the PAC oral evidence session uncovered, these government departments believed that a right of substitution was the golden bullet, rather than taking a holistic view of workers’ IR35 status.

In fairness to those using CEST at the time, if memory serves correctly, in the early days of CEST an ‘outside’ IR35 determination would be generated swiftly on answering the substitution question positively. Some departments, having realised this, appear to have relied upon it to save time -- but without regard to the consequences!

Taxman must take some responsibility

Further astoundingly, the large government departments which made IR35 errors and so are liable to HMRC for tax and NIC arrears, each have a dedicated HMRC compliance manager to provide one-to-one support. But this still failed to prevent some negligent behaviour. HMRC needs to therefore accept some share of responsibility for these IR35 bungles. Yet, somewhat arrogantly, HMRC CEO Jim Harra told the PAC that he believes public sector bodies were given sufficient time to “step up” and meet their obligations.

In fairness, to the tax authority, it has learned some of the lessons from the 2017 public sector experience when rolling out the off-payroll rules to the private sector. And the Revenue’s programme of IR35 education and support has been pretty good.

When asked by Sarah Olney MP what wider assessment was being undertaken to examine the impact of the OPR (‘Off-Payroll Rules’) on the private sector, Mr Harra responded by saying that HMRC’s view is that the reforms are unlikely to have a material effect on the availability of a flexible labour market.

This is just another example of the lack of commercial awareness within the tax department. But unfortunately, perhaps Mr Harra doesn’t really care as long as his department achieves its aim of having more contractors under the PAYE system and collecting more tax and National Insurance Contributions. That attitude was demonstrated when Mr Harra later commented that more contractors were being payrolled or working through umbrella companies as a result of the OPR, but HMRC isn’t particularly concerned about that.

Jim Harra believes that engagers are “more equipped” to getting status right and this is borne out by the results of the reforms, he said. Translated, this means because of risk-aversion, organisations are more likely to place contractors inside IR35 or refuse to engage them entirely, with the OPR forcing contractors to work via umbrella or agency PAYE, and that is exactly what HMRC wants – more PAYE. Indeed, towards the end of the PAC’s session, Craig Mackinlay MP commented that “at the heart of all this is to try to get employers’ NICs.” He’s spot on.

Harmonising income tax and NIC could do away with IR35 and is something that has been discussed for decades. But successive governments have not had the appetite to grasp the nettle because of the problems harmonisation would create. This attitude is unlikely to change any time soon, with Mr Harra saying there was “no government plan” to achieve harmonisation.

It was suggested by HMRC in the Feb 21st session with the PAC that they sometimes adjust CEST following FTT decisions. Presumably these are only the decisions found in HMRC’s favour given that FTT rulings are not legally binding, as HMRC always likes to remind us when decisions go against them.

Status is a piece of cake. Right?!

Employment status is not straightforward and there are areas that are subjective. But Jim Harra has a different opinion. The head of HMRC said the “vast majority” of status cases are “very straightforward” to determine, and that to use CEST doesn’t require any great knowledge of tax but simply an understanding of the working and contractual arrangements. It’s all really that easy!

Some 500 dissatisfied limited company contractors have approached HMRC in an attempt to overturn ‘inside’ determinations, the PAC session heard but, as yet, the department, has taken no action.

HMRC will drag their feet here as it will not be interested in supporting the individual taxpayer to avoid suffering PAYE tax and NIC. Even when they do get round to looking at these 500 cases, it is highly unlikely the contractors will succeed due to a fait accompli, as HMRC places greater emphasis on end-client evidence.

Jim Harra commented that HMRC’s initial approach to the public sector OPR was a “test and  learn” process and that his department didn’t want to undertake “hundreds and hundreds of investigations to try to get more tax.”. Not interested in collecting more tax? Some contractors will now think that they’ve heard it all from the UK’s top taxman! Nonetheless, it will be interesting to see if  HMRC claims to adopt the same approach to the private sector.

Why the off-payroll rules at all?

Menwhile, Mr Mackinlay asked why HMRC chose to pass the IR35 burden to the public and private sectors rather than targeting those Personal Service Companies that HMRC were confident of falling inside IR35. After all, HMRC have plenty of intelligence and powers to effectively target their enquiries, said the MP, adding a neat comparison to landlords, the population of which is similar to contractors, where there is no legislation to obligate domestic letting agents or tenants to deduct tax from rents at source.

The OPR don’t yield significant tax, as pointed out by Sir Geoffrey Clifton-Brown MP, and for all the aggravation the framework has caused, and is causing, this is a valid point to make. It’s also a point which, surprisingly perhaps, Jim Harra acknowledged. The truth of the matter however is that the OPR makes life for HMRC much, much easier to police IR35 as rather than taking up time and resources to deal with individual enquiries, they only have to deal with one engager at a time with numerous contractors sat, somewhat defenceless in one place.

The first impression I have of HMRC’s start to 2022 isn’t great, and has been made worse by its appearance in front of the Public Accounts Committee. Because just like the Revenue-commissioned IFF Research study (released in February) which downplayed the adverse impacts of the public sector IR35 rules from 2017 , HMRC’s evidence to the committee was self-serving. It attempts only to justify the IR35 reforms. The OPR are manna from heaven to the department as they enable HMRC to deploy their resources much more efficiently, more precisely targeted and with greater effect. The tax authority is already patting itself on the back for the modest tax and NIC yields that the OPR have generated thus far, rationalising their previously held beliefs that swathes of contractors were not playing fair.

Where next? Well, it’s one thing for government departments to not put up much resistance in the face of a HMRC challenge, as monies circulate around the public sector. But the private sector may put up much more stern resistance, due to businesses having much more to lose. It is hoped that the private sector has better prepared and are more willing to take the IR35 fight to tribunal, if necessary, which is something a public sector body would not do.

Very finally, eagle-eyed contractors will have noticed in the PAC session that Jim Harra said the government have no plans to extend the IR35 reforms to ‘small’ companies in the private sector, saying instead that the matter will be kept under review. But and it’s a big BUT; HMRC has already convinced itself that the OPR work, and work well (for them at least), so why wouldn’t they want the government to widen the rules even further and bring all PSCs within scope? My belief is that such an extension will happen once HMRC has conducted more of their ‘research’ into the effects of the OPR on the private sector, which will invariably conclude that the extension of the April 2021 reforms to small companies is a natural progression. 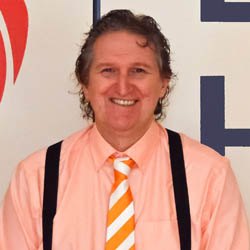 Andy Vessey is Head of Tax at Kingsbridge and has been since 2019, after spending 17 years with Qdos. He has over 40 years of tax experience, having started his career at the Inland Revenue. For the last 20 years, Andy has specialised in employment status and, in particular IR35. During this time, he has successfully defended over 500 contractors in IR35 enquiries and in 2017, he successfully represented Jensal Software Ltd at the FTT.