Spring Statement 2022, what a dog’s breakfast from Rishi Sunak

Even our office pooch Lady has got dog biscuits that aren’t as dry as Rishi Sunak’s Spring Statement 2022.

But perhaps us recruitment bosses and everyone else should have expected that this statement from the chancellor, rather than future statements nearer to when the country goes to the polls, was always going to be less than friendly to contractors.

And that puts Mr Sunak at odds with our four-legged beauty, a German Shepherd, who’s friendly to just about anyone who comes through the door, writes Natalie Bowers of niche contractor recruitment agency Bowers Partnership.

In recruitment terms, this Spring Statement was a ‘no-show.’ For the contractor sector, and even contractors’ clients actually -- other than if they are into R&D, it pretty much simply didn’t turn up.

On the very few issues that did get measures, the offering by Mr Sunak was mean, or certainly measly enough that it would have made even Lady on a diet growl.

Sunak’s paltry 5p off fuel duty for example – made worse on the forecourts by garages not even passing it on, is a bit like the chancellor’s promise to shave ONE PENCE off in income tax by the end of the parliament. No guarantee to that of course. So should events change or worsen, expect even that minute, 1p dip to become immediately vulnerable.

Sleight of hand on National Insurance?

And as for the rise in the NI threshold to £12,750 (for employees and the self-employed only; not employers); it’s further small beer at best; sleight of hand at the worst.

Remember, it’s mainly umbrella contractors (caught by IR35) who pay Employer National Insurance, and so any breathing space from the threshold lift will be largely neutralised by the simultaneous increase in Employer and Employee NI – which brolly contractors pay both of! Giving with one hand, taking with the other? Like many before him, it’s this chancellor’s MO.

A golden opportunity is what this chancellor has just turned down

What Rishi didn’t announce is just as regretful. As numerous parties have implied to HM Treasury in the run-up to his statement, Mr Sunak has now missed a golden opportunity to launch, publicise, and timetable the long-awaited Single Enforcement Body to regulate umbrella companies.

Don’t get me wrong. There are some fantastic professional umbrellas operating and they do a great job for our contractors. Maybe the Treasury needs telling for the umpteenth time. So here it is, in bold so they don’t miss it:

Genuine umbrellas (that’s genuine work-enablers) are under intense commercial pressure from dubious, underhand, unethical operators who, to make it more of an issue that HMT should intervene on, actually deprive the exchequer of oodles, financially.

But no, nothing for the chancellor to see here.

Adding fuel to the out of control fire

Some contractors get hoodwinked. These supposed ‘umbrellas’ (often when scrutinised they actually bear little resemblance to a genuine  PAYE umbrella company) charge just £10 a week to do payroll. And yes, they really do pay weekly for ten quid! Until the day comes that they don’t pay  at all. Oh, and these are also often the rogues trousering Mr Sunak’s Employment Allowance. Which he increased at Spring Statement by an uncharacteristically generous £1,000. You almost couldn’t make it up – top up to £5,000 an allowance already being widely abused by a type of business you leave unregulated. Little wonder, HM Treasury says its officials are “working to build…[an] understanding” of the umbrella market. Its boss too, it seems.

Of course if contractors weren’t struggling so much with the cost of living – and the chancellor helped them out any hole they might be in – maybe they wouldn’t need to use a £10-a-week, fly-by-night operator in the first place!

Prudence? Responsibility? Or instead, billions in covid fraud write-offs? Absolutely

Finally, a wish for what it’s worth. At Spring Statement, Mr Sunak announced some £161million for HMRC. We knew you had generosity in you, chancellor!

To be invested into HMRC, over the next five years, it’s the sort of measure that will strike fear into many. Instead of HMRC investigating our contractor sector so aggressively, I would like to see them chasing down the outright fraudsters who filled their pockets with Bounce Back Loans. To my mind, the BBL scheme had ‘disaster’ written all over it from day one, partly because, beyond an email address and a bank account, the necessary to get your hands on one were inadequate. Totally at odds with any sense of prudence or responsibility from the chancellor, Mr Sunak has accepted that many millions from BBL fraud are to be written off. Billions will be the total from covid scheme fraud altogether -- just totally written off. And yes, rather inexcusably, fraud was the final reason the government settled on NOT to help limited company contractors with funding during the pandemic. We’re not the only ones disgusted. Lord Agnew quietly resigned over how poorly BEIS and other government departments handled fraud protection of BBL and other covid schemes. And the real kicker while you’re down? Down as my doggy when she’s dog-tired and deprived of treats? Well it’s you and I, dear contractor, picking up the tab. What a dog’s breakfast from this chancellor. 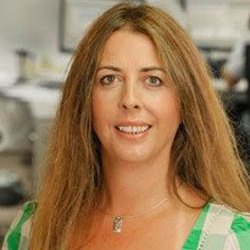