Contractors, HMRC's approach to IR35 has hampered your ability to work in the UK

With this week marking the anniversary of IR35 reform in the private sector, it seems timely to examine the impact the off-payroll rules have had on the temporary labour market, and take a look at the future of contracting, writes Andy Robinson, commercial director at Kingsbridge.

A year in review

One year on from April 2021’s reform of IR35, it is clear that the new framework has changed the landscape for contractors significantly, making it harder than ever to work on  a contract basis in the UK.

This is a worrying reality when you consider contractors account for a large portion of the self-employed sector, which contributes a sizable £300 billion to the UK economy (according to research by IPSE).

To find out more about how the changes have impacted the market, we conducted research among contractors, recruiters and end-clients, focusing on their experiences over the last 12 months.

The results showed us that the reform has had a dramatic and inhibiting effect on businesses’ appetite to hire contractor talent.

Over 70% of businesses and recruiters reported that they had seen a reduction in their limited company PSC contractor workforce. In fact, 50% of businesses cited that the IR35 changes have been the biggest obstacle to hiring contractors over the past 12 months, bigger even than Brexit and the coronavirus pandemic.

Alongside a nervousness about the potential risk of misinterpreting IR35 rules (exacerbated no doubt by HMRC’s ‘soft-landing’ ending yesterday), we also found that increasing day rates have had an impact on businesses’ willingness to work with contractors.

Sixty-five per cent of contractors would try to negotiate an increased rate, if placed inside IR35, with respondents suggesting that this could be up to a 25% increase.

Rates have been increased to compensate being inside IR35

Contractors have quit, retired, or actually left the UK because of HMRC’s IR35 reform

This changing approach among businesses, coupled with the potential tax implications, has made it much harder for contractors to work in the UK. Fifty per cent of contractors have considered closing their business, retiring, or leaving the country entirely because of IR35 reform. Arguably even worse for the UK, a quarter of the contractors surveyed are seeking work abroad.

Of those contractors who have had an inside IR35 determination in the last 12 months, 90% told us they did not find the client-led status disagreement process easy or believe they got a fair hearing.

The issues with CEST

The research also demonstrates that HMRC’s CEST tool is not fit-for-purpose. This is having a direct impact on contractors’ ability to work in the UK and therefore decreasing the pool of contractors.

Specifically, 38% of recruiters who stated their end-clients use CEST have seen a 61% or greater reduction in their contractor pool. That compares to a 23% reduction where independent employment status tools were used.

Unfortunately, end-clients simply can’t rely on CEST to give a clear inside or outside status determination because it produces indeterminate results 21% of the time. This can cause concern over unresolved status matters, forcing end-clients to err on the side of caution, resulting in an inside IR35 determination.

The last year has certainly presented significant challenges, and end-client projects have ultimately suffered. However, there are some signs that the situation is improving. Recruiters are beginning to see end clients making U-turns on their blanket ban decisions and anticipate fewer bans in the future. Plus, while some contractors don’t feel positive about the future (29%), a growing number (42%) report feeling confident about the future working comfortably outside IR35.

With progress being made and signs of positive change across the market, the industry is becoming more familiar with the risk associated with their IR35 responsibilities. And with labour market forces favouring flexible workers like contractors, we anticipate that the contractor workforce will be leading the charge moving forwards. They will be able to be more selective, rejecting inside IR35 roles or increasing their rates to ensure their take-home pay is unaffected.

Finally, what needs to happen

To accelerate the positive change that is beginning to take place and avoid losing access to the skilled talent businesses need, we believe three things need to happen:

1. More education for businesses is needed to address the issues still being experienced. A better understanding of IR35 would be much healthier for the market as a whole.

2. CEST must be made fit-for-purpose by HMRC, chiefly by it taking Mutuality of Obligation (MoO) into consideration.

3. Companies can legitimately hire experienced contractors outside of IR35 but, to do this, the use of purpose-built tools, advice and insurance should be sought. This should provide the right process to mitigate against the perceived risks (HMRC-related and otherwise) of hiring contractors. 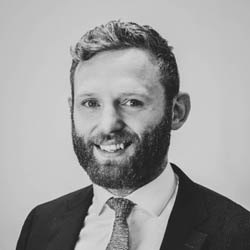 Andy Robinson has been with Kingsbridge since 2013, where he started as a Business Development Executive and worked his way up over the last 8 years to Business Development Director. In his current role, Andy is considered an off-payroll expert for every point in the supply chain. He works closely with end clients, recruiters, and accountants to make sure contractors receive accurate, fair IR35 determinations informed by his in-depth knowledge of the industry.