Change is coming for limited companies on Companies House: be ready for when it hits

With limited company accounts changes from Companies House, contractors really are waiting for the other shoe to drop because while we know the changes will happen, we don’t know WHEN they will happen, writes Emily Coltman, chief accountant at FreeAgent.

But as they are significant, the changes are worth a look now -- so you’ll be semi-prepared whenever a commencement date is announced by Companies House [Editor’s Note: For the purposes of this article, Companies House was asked to specify or approximate a date for the changes, but a Companies House spokesperson has not provided one].

Believe it or not, to understand the changes, the starting point is the war in Ukraine. Companies House has hoped to reform its processes for a while, but Russia's ongoing invasion of Ukraine has actually acted as a catalyst for making the changes. Due to concerns over the visibility of Russian oligarchs who own businesses and assets in the UK, the reforms will be backed by new legislation affecting limited companies and other certain legal bodies.

Broadly speaking, the changes mean increased verification of identity for directors and ‘Persons with Significant Control,’ for both companies that want to be new entries on Companies House and existing, established companies already formed and on the register.

Posting to Companies House will be prohibited

Also under the incoming changes, all limited companies will have to file their accounts digitally, rather than being able to post paper accounts to Companies House.

Furthermore, the reforms mean that ‘small and micro-entities’ such as contractors running their own limited company (see the official definitions of both terms here), will have to file more information at Companies House.

Directors are going to have file more often

Currently, micro-entities (which will cover many contractor limited companies) are able to file only a very limited amount of information with Companies House, including their balance sheet and notes to the accounts such as money owed by directors. There is no requirement to file a Profit & Loss (‘P&L’) account or directors’ report, so currently, these are kept off the public record.

At the time of writing, small companies also have the option to file accounts without a P&L account or directors’ report at Companies House, meaning this information is not available online.

But the proposed changes will require all companies, no matter how small, to file a P&L account at the very least.

For small companies, it means they will have to file at Companies House the full members’ accounts which they would also send to HMRC. The current wording of this requirement indicates that small companies would need to file not only the statutory P&L (required under reporting standard FRS 102), but also a fully detailed P&L, listing costs line-by-line, including directors’ remuneration and other salaries.

For micro-entities, the specifics from Companies House remain unclear but it is possible that there may not be a requirement to file a detailed P&L -- but they would need to file a P&L in statutory format (as laid out by FRS 105). Micro-entities would have the option to file, or not to file, a directors’ report.

An increase in accountancy fees to reflect the Companies House changes?

Online, some people have speculated that the additional P&L filing requirement may prompt accountancy firms to increase their fees. But all companies already have to prepare a statutory P&L and file it to HMRC -- they just don't have to file it with Companies House yet. So there's no extra documents for firms or their accountants to draw up.

That said, higher contractor accountants' fees, if any, could potentially result from the new, incoming and as yet unscheduled ID verification processes.

Clearly, these changes from Companies House represent a significant set of new administration and other time-consuming tasks for many contractor companies, so it is imperative that directors keep alert for when they will need to begin complying with the not-singular requirements. 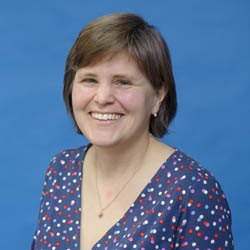 Emily Coltman FCA, chief accountant of FreeAgent, is a graduate of the University of Cambridge. She has been working with small businesses since the year 2000 and is passionate about helping their owners lose their fear of "the numbers" and the taxman. She is the author of three e-books, "Refreshingly Simple Finance for Small Business", "Micro Multinationals", and "Very Awkward Tax"."