Liz Truss or Rishi Sunak need only start with the truth on IR35, and build from there

Even in its significant chaos of late, the government surely must have woken up by now to the legacy of the IR35 off-payroll reforms -- because the 2021 framework has simply not gone to plan, writes James Poyser, chief executive of inniAccounts and founder of off-payroll.org.

In political focus groups up and down the country, I expect IR35 is comfortably in the top 10 issues. Granted, it’s not as acute as cost of living, inflation and the NHS, but the impact is undoubtedly deeper and wider than policymakers thought.

A heated exchange at the castle walls

Obviously my ears are hyper-tuned, but I hear ‘IR35’ coming up again and again in everyday conversations. Just last week I was at a kid’s birthday party, and by the bouncy castle I overheard a heated conversation between two partygoers sipping on cans of M&S cocktails.

They were talking about IR35 (I promise, I didn’t make them bring it up). One was a locum vet who’s decided to bench herself until her daughter starts school - part time hours, travel costs, PAYE umbrella costs and childcare didn’t mix or stack up.

The second was an automotive performance engineer. He was in his mid-fifties with young kids and decided to pull forward his retirement.

Professional drop-outs (we desperately need back)

These are two highly skilled professionals who have both dropped out of the labour market, taking with them their tax contribution for the Treasury coffers and leaving behind wage inflation, as more hirers chase fewer candidates. This is a massive, unfortunate knock on effect of public and private sector IR35 reform not mentioned once in the government’s case for revising the off payroll rules.

If you were to guess traditional party affiliations, I don’t think you’d go far wrong in thinking both cocktail-slurpers were Tory voters. And traditionally this has been a two-way street: the Tories would hold these aspiring individuals up as models of those who’ve worked hard, made the most of education and opportunities, and would not be impacted if the Tories shrank the state further.

But the balance has been upset. Johnsonian policies saw the Tories lurch away from their heartland to win votes. In doing so at best they’ve neglected their core voters, and at worst they’ve done a Rishi and stabbed them in the back.

The Tories need these two cocktail-drinkers back too

Interestingly, I read online courtesy of campaigner Forgotten Ltd that Mr Sunak’s only real reported recognition of his inertia at helping limited company directors through covid is that “most weren’t the Conservative Party voters anyway”. But 63% of respondents to a poll by the campaigner has found that they HAD voted Tory in the 2019 General Election. Asked now to re-vote for the Tories? Only 2% said they would.

It’s pretty clear from other recent polling that now Brexit’s “done,” many of the votes Johnsonian policies borrowed will be returning to past affiliations. This means that the next leader of the Tory party has her (or his) work cut out, to try and win back the trust of their core voters. Whether or not this now already infamous review of IR35 ever actually emerges, putting your hands up and admitting ‘IR35 didn’t go to plan’ would be a great place to start. 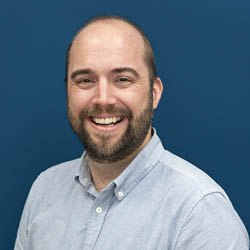 James Poyser is the CEO of inniAccounts and founder of offpayroll.org.uk. James and his co-founders have disrupted the accountancy model with real-time accounting for which they received a Queen’s Award for Innovation in 2016. The company has won numerous awards for service including being named the UK's top accountancy firm for contractors, and for its campaign championing contractors’ rights ahead of IR35 reforms.

Survival guide to the Off-Payroll Working reforms (not IR35), being revoked.