Shortly before the start of the Conservative leadership campaign, the suicide of yet another taxpayer relentlessly pursued by HMRC under the Loan Charge in connection with a ‘Disguised Remuneration’ scheme emerged -- the ninth known suicide connected to the charge, writes Sarah Gabbai, tax lawyer at McDermott Will & Emery LLP.

This is not only tragic, but also deeply troubling, particularly when one considers that professionals, commentators and MPs (including Conservative MPs) had predicted that more suicides would be likely unless HMRC and HM Treasury changed their position.

Sadly, no such change has been forthcoming, and the grim inevitability of this latest suicide has also led to further anger at the lack of engagement with those seeking to resolve the loan charge debacle.

Please note, I do not advise clients on the loan charge, so have no direct involvement in the issue, nor do I have any financial interest in it. My interest in (and opposition to) the loan charge is purely out of principle, as I believe it undermines the integrity of the tax system and removes fundamental taxpayer protections brought about by due process and the rule of law.

Seeking resolution for the victims of injustice

Before the suicide of the ninth loan charge contractor, I was among those seeking a resolution. I simply could not stand by while ordinary people, many of whom were temporary workers and freelancers working for organisations such as the NHS who inadvertently and unknowingly were signed up to these schemes, suddenly found themselves liable for life-changing amounts of tax out of the blue and through no fault of their own. To add insult to injury, these people were (and often still are) mistaken for tax avoiders.

And to make matters worse, they are not only being held liable for the tax believed to be due, but are also being pursued by the creditor of record for the “loan” made in connection with these schemes. The injustice is obvious. Which is why I, along with a number of other tax professionals, put forward a proposal for a resolution to the loan charge debacle, in the form of an outline plan for a “Disguised Remuneration Settlement Opportunity.” Submitted in December last year, the plan was sent to the then-chancellor Rishi Sunak, then-financial secretary to the Treasury (FST) Lucy Frazer QC MP, with Jim Harra, CEO of HMRC, in copy.

Disappointingly, we did not receive a response from either the chancellor or the FST. Instead, the FST instructed HMRC to respond to our proposal, despite the fact that our proposal was clearly addressed to the ministers in charge of the Treasury, the matter being a policy issue rather than a matter for civil servants.

Predictably, the response from HMRC was meaningless and merely reiterated its existing approach to the issue while failing to acknowledge the need for a resolution, let alone offer one up.

The latest suicide is yet further proof that HMRC’s current approach isn’t working, and risks further such avoidable tragedies.

But the recent change of prime minister and chancellor has renewed my hope that the issue might be considered afresh, particularly in light of the verbal commitment made by the new PM Liz Truss. During her leadership campaign, when asked about the nine loan charge suicides she stated:

“It is appalling to hear about that and the way the whole situation has been handled has been very poor in my view and we’ll look at what we can do on that specific issue”.

Well, that is precisely what we are asking, after the unacceptable way that the Treasury previously has stonewalled us and others over this issue, despite the predicted tragedies.

We have therefore re-launched our proposal, which we have updated to take account of recent changes of law. We sincerely hope that, with a new government in place, our voices we will be heard this time. Better still, we hope that those in government who know the loan charge is wrong will push for genuine engagement with the sector as to how to resolve it.

In this vein, our proposal asks the new government to consider offering a settlement opportunity to affected taxpayers on a 'no-fault' basis, with a view to reaching an individually negotiated, affordable settlement that would give affected taxpayers credit for past compliance, and for HMRC to close off the issue for good.

While the technical details of each settlement would need to be considered on a case-by-case basis in light of each taxpayer's individual circumstances, there are some important principles to which we believe any settlement must adhere.

Firstly, any agencies involved in a DR scheme should have operated PAYE under ITEPA 2003 s 44. This will technically depend on whether the worker would have been under the supervision, direction or control of any person – typically the end-client. However, in practice, one would expect the answer to be in the affirmative for the majority of DR scheme users who signed up with a recruitment agency, whether or not an umbrella company was involved. In such cases, a PAYE credit should have been deducted from the taxpayer's self-assessment income tax liability, and affected taxpayers should be credited accordingly.

Secondly, there is overwhelming evidence that the vast majority of scheme users were either mis-sold schemes or inadvertently dragged into them. A survey commissioned by the Loan Charge and Taxpayer Fairness All-Party Parliamentary Group (APPG) in May 2021 suggests that affected taxpayers either didn't know at the time that they were being dragged into such DR schemes; or insofar as they did, they were given false or misleading assurances as to their safety by their promoters. As such, it wouldn't necessarily have occurred to these taxpayers to be on the lookout for HMRC’s latest ‘Spotlights’ and warnings on these schemes.

The position of HMRC

Fourthly, once a settlement has been reached, HMRC should close the matter once and for all. This would rectify the fact that the loan charge, a pernicious piece of retroactive legislation, does not offer any closure or finality for affected taxpayers. The loan charge has resulted in six-figure sum liabilities for many affected taxpayers out of the blue and with no warning. It taxes all scheme loans outstanding as of April 5th 2019 that were entered into on or after December 9th 2010 in one lump sum at current marginal income tax rates – the purported aim of its retroactive nature being to stop such schemes.

In actual fact, the legislation allows HMRC a second bite at the cherry in case it had previously omitted to assess any outstanding income tax liabilities within the applicable statutory time limits, or in case it had lost to the taxpayer in litigation over the merits of a DR scheme – resulting in a pyrrhic victory for the taxpayer.

A missed target, a sting in the tail, and your support -- please

Perhaps one of the greatest ironies of the whole loan charge debacle is that DR schemes of this nature have been on the increase since the loan charge legislation came into force, probably because the charge does not apply to loan schemes entered into on or after April 6th 2019. So whether the loan charge actually achieves its purported objective is at best questionable.

Our proposal also requests that HMRC pays heed to the Chartered Institute of Taxation’s recommendation on September 30th 2021 and considers implementing legislation to prevent current creditors of record from suing the debtor-taxpayer for repayment of the 'loan' under a DR scheme. Such a move would not only resolve the current incoherence between DR scheme loans being treated as earnings for tax purposes, and as loans for contractual debt claim purposes, but would also remove what has turned out to be the real ‘sting in tail’ with these types of schemes.

We are now asking other tax sector professionals to give their support to our outline proposal. This issue and its impact on people and families will continue to generate significant negative coverage and take up considerable amounts of ministers’ and civil servants’ time (as well as a significant ongoing cost to the taxpayer of HMRC having to administer and enforce the loan charge). This will only stop once there is a resolution that allows individuals to pay an affordable proportion of what HMRC believes should have been paid at the time. To sign the proposal, professionals are asked to add their name online at www.loanchargeresolution.co.uk.

We hope that as many sector professionals as possible do so, as well as raise it with their own MP, to get across the message that affected taxpayers – as well as individuals and government – need a final resolution to the loan charge debacle.

It remains to be seen how the new Liz Truss-led government will respond to the proposal -- if it does so at all. It would be in its interests to do so, particularly in light of recent Freedom of Information Act revelations. But one thing is clear: HMRC's current approach is unsustainable; and it is important that the new government treats the situation in the same vein as it would a financial scandal.

A good place to start would be to engage with this proposal seriously and work with representative bodies such as the CIOT and the Institute of Chartered Accountants in England and Wales to arrive at a sensible solution. We hope, this time, with the support of many more in the sector, that we will be listened to and perhaps we can then, working with the government and campaigners, find a way to resolve this injustice in the interests of everyone. 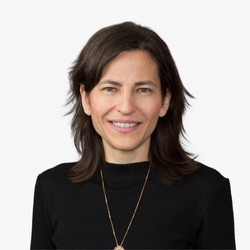 Before McDermott Will & Emery, Sarah worked as a senior associate at another US law firm, and previously worked at a Big4 accountancy firm. She has written articles for Tax Journal, International Tax Review and British Tax Review.