On the face of it, you would be forgiven for thinking that this is a step in the right direction – a signal of the government’s intent to stop these schemes from operating and preventing such a risk to the independent workforce -- not to mention recruiters and end-clients.

So was it? In a word, ‘no.’ Broadly speaking, it was predictably disappointing – yet another HMRC-commissioned study that failed to accurately reflect reality, in my opinion.

In fact, I’d go as far to say that it was a painful read. Here’s why.

A meagre sample size that doesn’t paint the full picture

First things first, this study – titled ‘Contractors and Disguised Remuneration Schemes’ – surveyed a little over 400 contractors. From where I stand, this sample size isn’t enough to gauge a true reflection of the impact that these tax avoidance schemes – namely those masquerading as umbrella companies – have on contractors.

Even if you forgive that oversight, some of the key findings don’t portray HMRC in the greatest light. From the not even half of umbrella workers (45%) who sought their tax advice from HMRC (falling to just 12% among PSC workers), to the tax authority acknowledging that its “complex language” deterred some people from coming forward to it for help entirely, the report almost needs to end with recommendations on what the Revenue ought to do in response.

What the DR study found, and what they tell us

What’s more, of umbrella workers who sought tax advice, 40% were likely to seek it from friends and family – another finding which indicates that HMRC, as the tax authority, could perhaps do more to win the trust of these workers.

Elsewhere in the research, conducted by IFF Research, almost a third of contractors (31%) said they had been told (or received an offer) to manage their tax via a suspected tax avoidance scheme. Contractors in the finance and insurance sectors were the most likely to have been targeted.

What the findings tell me, more than anything, is that the government isn’t doing enough to prevent the proliferation of tax avoidance schemes, nor is it giving workers the information they need to steer clear of them.

Old data – most of it collected pre-IR35 reform

Further concerning, is the age of the data. The majority of it is more than 18 months old. While informative to a degree at the time, only 30 phone interviews with contractors were carried out after the introduction of IR35 reform in the private sector – which was a catalyst for the rise of tax avoidance schemes.

This begs the question: how much use is this so-called “insight” in the current climate?

HMRC’s head is buried in the sand over IR35 reform

Unsurprisingly to those of us who have followed the Revenue’s rhetoric since its off-payroll frameworks of 2017 and 2021, this report, in my view, shows that HMRC refuses to acknowledge the impact of ill-thought-out, poorly implemented IR35 reform in the public and private sectors.

The introduction of the off-payroll working rules has led to a wave of tax avoidance schemes entering the market – ones that target their services at vulnerable contractors who, as a result of IR35 reform, aren’t sure which way to turn.

Granted, IR35 reform is set to be repealed, as announced by the chancellor at Mini-Budget 2022. And the reversal of changes will certainly help the contractor market recover. But as far as I’m concerned, it’s time HMRC accepted responsibility for causing such disruption – the below statement, taken from the report, suggests that HMRC still isn’t willing to do so:

“There were no statistically significant relationships between awareness of tax policy changes and attitudes towards tax avoidance or the joining of potential schemes.”

Disappointing, downplaying, and developing a habit of not accepting its mistakes

Standing back, should we be at all surprised that yet another HMRC-commissioned study is disappointing? Perhaps not.

Frustratingly, we have grown used to HMRC downplaying such situations. For instance, take the HMRC-commissioned research into the impact of IR35 reform on public sector bodies published in February of this year – by IFF Research – the same outfit that compiled the very study I’ve been critical of in this article.

The findings from this study were equally disappointing, overlooking many of the fundamental issues resulting from the introduction of reform. I won’t blame the outfit tasked with conducting these two pieces of research -- rather the buck must stop with HMRC, which I believe has developed a habit of refusing to accept its own failures.

With research like this, that umbrella drum needs banging, loudly, again

My final takeaway? It's a missed opportunity that a report which could have illuminated the DR space notorious for being conducted in the shadows is, from these findings, seemingly a waste of time -- and taxpayer money. It doesn’t highlight the gravity of the situation and nor does it properly grasp the threat that tax avoidance schemes pose to contractors.

However, the reality is that regulation still looks some way off. This is despite promise after promise from the government to deliver it. With this in mind, experts in this sector have no choice but to continually raise standards, with contractors, recruitment agencies and end-clients advised to remain vigilant and actively look to safeguard their compliance. 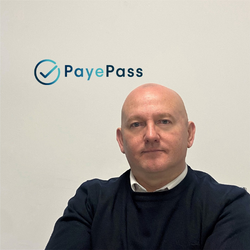 Fred Dures, a solicitor and compliance consultant who founded PayePass to turn the tide against the ever-increasing number of tax avoidance and evasion schemes which pose a threat to contractors, recruitment agencies and businesses engaging temporary workers.