Limited company directors' duties to creditors, when do they apply?

On October 5th 2022, the Supreme Court handed down a decision that goes to the heart of company law, because it deals with limited company insolvency, the payment of dividends prior to that insolvency, and the obligation of directors to their creditors, writes Matthew Fox, partner at Beacon Lip Limited.

But it is the Supreme Court’s decision -- which has also now gone against the appellant -- that is historic. For the first time, the final court of appeal in the UK has now addressed the issue of whether there is a duty owed to creditors where a company may be at risk of insolvency. And significantly for any contractor who runs into financial distress with their own limited company, the SC has clarified at which point that duty is triggered.

Central to the case (and oversimplified here for brevity); was the decision of the respondent to take a €135million dividend. It took this dividend when it was solvent -- on both a balance sheet and a cashflow basis. And it made the distribution at a time its assets exceeded its liabilities and while it was able to pay its debts. But it took that hefty dividend at a time when there were “long-term” contingent liabilities of a “very uncertain amount which, together with an uncertainty as to the value of one class of its assets…gave rise to a real risk” of insolvency, the SC observed.

Insolvent administration was entered into in October 2018 -- some 10 years following the payment of dividend. But that significant passage of time didn’t stop the appellant lodging a challenge to recover the monies, on the grounds that the decision to pay the dividend was made in breach of the creditor duty, because insolvency was a possibility at the time.

Is there a creditor duty?

The judgment in BTI 2014 LLC v Sequana SA and others confirms that there are circumstances in which directors would need to consider the interests of the creditors to the company. This was described in the judgment as a "creditor duty".

When does the creditor duty arise?

The Supreme Court (SC) has ruled that the duty to creditors will be triggered when the directors know, or ought to know, that the company is insolvent or bordering on insolvency or that an insolvent liquidation or administration is probable. Interestingly, “probable” replaces what the Court of Appeal determined -- “likely.”

There is effectively a sliding scale as follows:

Before a company is bordering on insolvency, or is insolvent.

Where a company is insolvent, or bordering on insolvency, but prior to the time when insolvent liquidation or administration becomes inevitable.

It is at this stage or business scenario that the creditor duty is triggered.

So at this point, directors will have a duty to "consider creditors' interests, to give them appropriate weight, and to balance them against shareholders' interests where they may conflict."(See 176 of the judgment).

Contractor-directors should be aware that the SC has found that as the possibility of insolvency increases, so the interests of creditors assume a greater level of importance.

Once the company is faced with an inevitable insolvent liquidation or administration.

It is at this point the interests of the creditors become paramount.

When is a company insolvent or bordering on insolvency?

Insolvency is determined according to the cashflow or balance sheet tests.

The definition of insolvency being – ‘When a company becomes unable to pay its debts as and when they fall due.’

In light of the SC’s judgement, we believe limited company directors should seek to be more forensic and have accurate financial information to determine how close insolvency may be.

This analysis, with reference to the financial data and forecasts would need to be available and considered at the relevant board meetings and recorded in the minutes.

Some observers have noted directors to be under pressure to make prompt decisions when a company faces financial difficulty.

It is hoped that the courts will take a balanced view to directors who can demonstrate that they have considered the interests of creditors as part of their decision-making process, even if a rescue of their company is ultimately impossible.

Directors should therefore, once the creditor duty is engaged, pay close attention to their financial information and any forecasts, and record the reasons for their key decisions that will impact creditors.

As a result, directors may well face challenges by shareholders who disagree with the proposed course of action regarding the extent to which creditors interests are weighted. Directors will therefore need to meet any such challenges from shareholders with the financial information to add support to their decisions.

Three of the Lords in this case were of the view that the creditor duty would be triggered by a state of affairs that the directors know or "ought to know".

This appears to be a firm warning from the courts that directors must keep themselves informed.

Can members ratify acts of directors committed in breach of the creditor duty?

No. There is a recognised qualification to the ‘Duomatic principle’ that the shareholders cannot ratify or authorise a transaction which would jeopardise the company's solvency or cause loss to its creditors.

Can the creditor duty apply to a decision by the directors to pay a lawful dividend?

Yes. The creditor duty could be engaged even if the proper process is followed for the approval and payment of a dividend.

Part 23 Companies Act 2006 identifies profits available for distribution in a balance sheet basis. It is possible that a company may be cashflow insolvent only, but to pay a dividend in those circumstances would be a risk.

What can limited company contractors take away from this judgment?

We can take away the following:

Find out more about Beacon Lip Limited and the insolvency solutions they offer for contractors here. 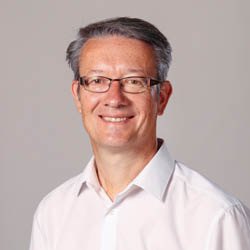 Matt specialises in corporate and restructuring solutions with over 30-years’ experience having started his career in 1990 with Ernst & Young. He has since worked with other national firms, undertaking business restructuring in the UK and overseas. Matt later joined BDO undertaking restructuring assignments with the main clearing banks working in the property, construction and leisure sectors. Matt is now co-owner of Beacon LLP and is focused on helping SMEs.