Referred to only the other day on ContractorUK, a September 2022 employment tribunal decision, Mrs S Zajota v Umbrella Company Limited 2201575/22, has provided further clarification on the murky distinction between an umbrella worker’s pay and the vexed definition of the “assignment rate”, writes Martyn Valentine, founder and director of The Law Place Limited.

Although this decision is persuasive rather than binding, the judge’s comments nevertheless reinforce historic guidance in HMRC’s Employment Status Manual, in particular, ESM2390.

In Zajota, the claimant alleged that from January 31st 2022 to the date of the claim form, the respondent, Umbrella Company Limited (unsurprisingly an umbrella company) made unauthorised deductions of employer’s National Insurance Contributions (NICs) and the Apprenticeship Levy from pay owing to the claimant.

Ordinarily, an employer is prohibited from making deductions of employer’s NICs from an employee’s pay by virtue of sch 1 paragraph 3(2) of the Social Security Contributions and Benefits Act 1992. Where an unauthorised deduction from wages has occurred, an umbrella worker can bring a claim in the employment tribunal relying on section 13(1) of the Employment Rights Act 1996.

Umbrella Company Limited argued that the pay slips set out the “assignment rate” charged to the employment business, Osborne Richardson Limited, for the supply of the claimant’s services which detailed items such as “Employer’s NIC” and the “Company Margin”.

However, as per employment tribunal judge Plowright at paragraph 41, the “assignment rate” is not the same as an umbrella worker’s wages.

As the deductions were not made from the gross salary no unauthorised deduction from pay occurred in breach of section 13(1) of the Employment Rights Act 1996. Accordingly, the claim was dismissed.

This decision illustrates that claimants should consider wider grounds for claims in the employment tribunal in addition to potentially unauthorised deductions such as employer’s NICs.

It is noted that the claimant did not challenge rolled-up holiday pay which, as umbrella companies know (or ought to know), is not only unlawful but a potential basis for a claim for personal injuries. Furthermore, claims of this nature stand on their own facts and deductions of employer’s NICs from the umbrella worker’s gross pay (as occurred in P Weldon v 6Cats UK Ltd 2410288/2019), are manifestly unlawful.

Umbrella workers may wish to remember that there is no legal requirement to use an umbrella company. Indeed, employment businesses are primarily required to make deductions for tax unless the candidate is not subject to Supervision, Direction or Control (or the right of SDC), as to how the services are provided.

On that basis, is it not worth challenging an employment business to either process payment directly (thereby ensuring higher pay) or, if appropriate, offer the engagement on an outside IR35 basis? Questions of this nature can flush out improper practices. After all, no payroll software requires a doctorate in computer science!

Suppose an employment business withdraws an offer of an engagement because of a candidate's refusal to use an umbrella company from a Preferred Supplier List (PSL). In that case, a candidate can issue a claim for substantial damages in the county court or High Court.

Umbrella workers concerned about potential unlawful deductions from pay should strongly consider seeking legal advice. Full disclosure – and to be transparent, the particulars of claim which resulted in the claimant in 6Cats UK Limited successfully recovering unlawfully deductions from pay including employer’s National Insurance contributions, were drafted by us. Cases of this nature turn on their facts and expert witness evidence from an accountant can be decisive. 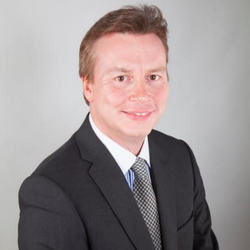