Contractors' Questions: Will IT contracting in the EU require a Blue Card?

Contractor’s Question: Are we IT contractors still heading for the Blue Card that was mooted a while back if we want to contract for three months in an EU country, in 2019 or 2020, as a UK resident?  If not, what visa model is more likely and is there anything we can do now in preparation for the application process? I'd like to avoid the anticipated stampede.

Expert’s Answer: The most crucial point to make at this time – June 2018 -- is that nothing has yet been finalised as far as Brexit is concerned, in terms of the regime governing contracting in the EU as a UK resident.

As such, any discussions around the possible visa models is simply speculation and is unlikely to be helpful in the long run. The fact remains that as the Prime Minister Theresa May has yet to decide what these agreements will look like, further conjecture will simply be a wasted effort.

More positively, nothing is likely to change for contractors during the transition period, so for the time being, ensuring you are currently compliant while overseas and adhering to the tax rules in the country you operate in should be the focus for you. If you’re breaching rules now, it’s unlikely that remaining compliant will be any less difficult post-Brexit.

Once there is a clearer picture of the impact Britain’s exit from the bloc will have on UK nationals working in the EU, then we will certainly provide contractors with the specific and relevant compliance advice they require. For now, though, it’s still a case of hanging tight and waiting to see what is agreed.

The expert was Michelle Reilly, the chief executive of 6CATS International, a tax advisory for UK contractors working overseas 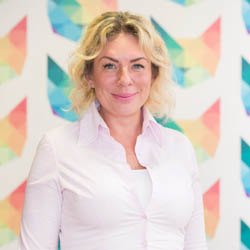