Contractors’ Questions: Does forming a consultancy with other contractors beat IR35?

Contractor’s Question: I read in the Financial Times that some contractors are banding together to work via small consultancies to bypass IR35.

The hope is that such a structure puts beyond doubt that ‘personal service’ is not required and so the IR35 rules of April 2021 are unlikely to apply. Additionally making the rules reportedly inapplicable in the eyes of some, the consultancy is small and is only charging for services rendered rather than labour supplied. So -- do consultancy arrangements get around IR35?

The nature of the relationship (whether employee, worker or contractor/freelance) impacts a range of variables, including (among other things) the legal protections enjoyed and how earnings are taxed. One of the main benefits of working as a freelancer as opposed to being engaged as an employee is that a freelancer has the freedom to sort their tax affairs more tax-efficiently than the average (conventional, non-PSC) employee.

Over the past few years, HMRC has become increasingly aggressive in its attempts to investigate the tax affairs of purported freelancers to examine whether they are, genuinely, freelancers or ‘disguised employees.’ The ultimate aim of such scrutiny is to recoup tax and national insurance contributions that the freelancer may have avoided paying.

For evidence of this, we need only look to the recent space of litigation in the tax tribunals regarding the employment status of high-profile television presenters, such as Kaye Adams, Dave Clark and Neil McCann.

With these IR35 cases and others (even cases covered by the April 2021 IR35 rules), the approach of HMRC is, broadly, to review each contract worked on by freelancers to determine whether the status of that contract is genuinely a ‘freelance’ contract, an employment contract, or something in between (a ‘worker’).

As HMRC has become more interventionist in the tax affairs of freelancers, so freelancers have adjusted their position to try and better protect themselves from HMRC’s investigations. One adjustment made by freelancers is indeed to ‘band together’ to form small consultancy businesses, with the apparent aim of arguing that they are exempt from IR35 rules “because the consultancy is small and they charge for services rendered rather than labour supplied”. So yes, I too, have seen that reportage in the FT.

IR35 to MSC: Out of the frying pan and into the fire?

But be aware. Forming consultancy companies could mean that a Managed Service Company (or MSC) is being formed, depending on the structure and mechanics of the relevant company.

Forming an MSC might be undertaken with the best of intentions, even if those intentions are avoiding HMRC’s glare/reach, or much more entrepreneurial -- like pooling resources. But forming a consultancy with other contractors to minimise exposure to the IR35 rules can represent a case of jumping straight out of the frying pan and into the fire.

Bear in mind, when the government first introduced IR35, MSCs fell under IR35. However, as it became clear that MSCs were not complying with the IR35 rules, HMRC took the decision to subject these organisations to a different, arguably more draconian tax regime --Chapter 9 of the Income Tax (Earnings and Pensions) Act 2003, rather than the IR35 rules (under Chapter 8).

One of the effects of this change was that MSCs were required to automatically deduct tax and National Insurance Contributions from all sums paid to workers irrespective of whether or not the working relationship between the worker and the client was that of an employment relationship.

This meant that instead of pushing themselves further into the embrace of the IR35 rules, workers were potentially pushing themselves further away by (presumably mistakenly) requiring their MSC to automatically deduct tax and national insurance from their wages and pay such to HMRC. So whereas some workers may have seen forming consultancies as a ‘silver bullet’ to their tax issues, the bullet has not unfortunately headed in the direction that they were hoping.

The expert was Chris Hadrill, partner in the employment law team of Redmans Solicitors. 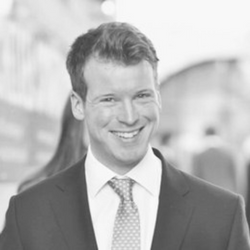 Chris is a solicitor (Partner) in the employment team at Redmans Solicitors and a member of the Employment Lawyers Association. He advises on employment law and contractor law issues on behalf of employees, employers, and contractors regularly.