Digital trade under the Brexit deal: overview for UK contractors

Now that you’ve grasped how to appoint an EU representative, and understood the rules on EU-UK personal data transfers, let’s finally look at what the Brexit deal says about something that you almost certainly are but may not identify as – a digital trader.

In fact, we’d go so far as saying that all UK contractors and all UK businesses operating in and around the digital space need to process what the EU-UK Trade and Cooperation Agreement (TCA) details about ‘Digital Trade,’ writes Komal Shemar, legal counsel at Gerrish Legal.

First and foremost what is “digital trade?” Well, it’s here you probably come under the term without necessarily realising it. That’s because while there is no single agreed definition (partly as it covers such a large area of activity), there is a growing consensus that ‘digital trade’ not only refers to:

Why we're all 'digital traders' now

As a result, nearly all businesses use a digital element in their trade. For example, if you have a website where you sell your goods or services, whether that is graphic design, accounting, or even in-person building services, you are taking part in “digital trade.”

In light of the Covid-19 pandemic, this push towards digital trade has been accelerated at lightning speed. For example, McKinsey reported a seven-year increase in the rate at which businesses are creating digital or digitally-enhanced offerings.

Therefore, it is important to know what is new, and what is staying the same, under the TCA for EU-UK digital trade. Let’s now focus on the key elements for your contractor business one by one, but we can do so with some reassurance. After all, the digital trade provisions in the TCA are (according to the UK government at least) some of the most liberalising and modern digital trade provisions in the world – highlighting the intentions of both the UK and the EU, to continue to promote growth of the digital sector.

The TCA states that neither bloc can put in place measures which would prevent data from being freely transferred across the regions.

Such measures could include rules on the localisation of data - such as data being processed or stored in a certain territory or using certain territory-specific computing facilities or networks.

A sticking point for such “free movement of data” has been the free flow of personal data between the European Economic Area and the UK, which we discussed in more detail in our previous article. For the moment, personal data can be freely transferred from the UK to the EEA without additional steps, and vice versa for a period of four months, until the UK receives an “adequacy decision” from the EU. If an adequacy decision has not been awarded at the end of this period, you will have to ensure that any personal data you receive from the EEA will be subject to one of the safeguards mentioned in our previous article for ContractorUK.

However, the TCA states that nothing in the agreement shall prevent either bloc from adopting or maintaining measures in relation to the protection of personal data and privacy, including measures affecting cross-border data transfers. As such, it will be worth keeping an eye on this area.

The free flow of personal data may indeed be interrupted in the event that the UK amends its privacy laws to significantly deviate from the “gold standard” provided under the EU’s GDPR.

The TCA contains provisions that guarantee that neither the UK nor the EU will discriminate against or deny the legal admissibility of electronic signatures or electronic contracts on the basis that they are in a digital format.

As a result, any contracts that you or your contractor business concludes via electronic signature platforms will be legally accepted in both territories and their courts.

This is exceptionally important -- now more than ever, given that most people are working from home, and electronic signatures are the quickest way to execute agreements.

However, there are some exceptions to contracts that can be completed digitally, such as contracts relating to broadcasting, gambling, real estate rights, family law, succession or legal representation, or contracts that require in-person witnesses. Furthermore, either bloc is free to require the use of an accredited electronic authentication service for certain types of contracts.

For those contractors working in the programming and software industry, the TCA fortunately contains provisions in relation to the forced transfer of or access to “source code”.

As this source code is ‘human-readable,’ it can be replicated, altered, or tampered with. As such, limiting or restricting access to source code is vital to protect your IP (Intellectual Property) rights. Rules on accessing this source code through the reverse engineering of the object code (for example, via decompilation) are in place to protect owners.

The TCA states that neither bloc can require the forced transfer of, or access to, source code owned by a person or legal entity. However, be aware this is subject to certain exceptions, including the terms of your commercial agreement.

For example, some parties will negotiate to have access to the source code in the event your business becomes insolvent or liquidated, as without this access, any issues in the software can no longer be remedied.

4. Customs duties on electronic transmissions, and the prior authorisation of online services

The TCA also provides that if your services are provided by electronic means, they will not require prior authorisation solely on the ground that the service is provided online. However, again, there are exceptions to this rule, including in relation to broadcasting, gambling and legal representation services.

So contractors, it’s largely ‘as you were’ -- for now

In light of the ‘divorce deal’ of the UK from the EU, you could say that the two parties have reached a rather amicable and positive settlement on the future of digital trade. In our view, this is key, given the extremely important role of digital trade to both blocs’ economies and the role it will play in the survival and growth of countless businesses during the coronavirus pandemic – both small and large.

For now, it seems that businesses operating in the field of ‘digital trade’ can carry on more or less as normal -- for the time being. And remember, even if you are only using digital tools like e-signatures, you too are a digital trader!

Be aware, things do become more complex if your digital trade exists in a regulated sector such as banking, or where your digital trade also extends to physical exports and imports, in which case, you must ensure that you are in compliance with the other provisions of the TCA. For these thornier issues, or if you have any queries on any of the above, please do not hesitate to contact us. 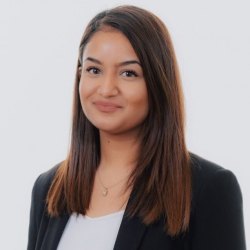