What are ‘employment costs’ when contractors use an umbrella company?

Umbrella company payslips have always been somewhat of an enigma, but “employment costs” have been a hot topic in recent months, particularly in light of the ‘salary skimming’ scandal, writes Shelley Ankers-Wainwright, managing director of  SAW Consulting.

Employment costs on your payslip: defined

But what exactly are ‘employment costs’? And how should these deductions be shown on an umbrella company payslip?

Typically, ‘employment costs’ refer to Employer’s National Insurance Contributions (NICs) and the Apprenticeship Levy, which is calculated at 14.3% (after allowances).

Numerically-speaking, 13.8% is Employer’s NICs, and 0.5% is the Apprenticeship Levy -- which all businesses in the UK with a payroll bill of more than £3million must pay.

Both deductions are legitimate costs, and should rightly be deducted from the ‘assignment rate.’ Therefore, as a contractor set to use an umbrella company, these costs should be considered when negotiating a rate of pay with a recruitment agency or end-client.

It’s important to remember that employment costs are deducted from the assignment rate, so they get displayed ‘above the line,’ before gross pay is calculated.

The recent issues highlighted in the industry (which I referred to at the outset) stem from hidden or extra costs being lumped into employment costs. The reality is that where the deductions are shown in one line on the payslip as ‘employment costs,’ it can be difficult for even the most switched on contractor to know exactly what is being deducted.

No regulation, no definition

Unfortunately, because the umbrella market  is not regulated, there is currently no defined rule for what ‘employment costs’ are, and so it is up to each umbrella company to define what goes into that line, or section.

However, umbrella contractors ideally want to be able to see exactly what deductions are being made – both before and after the gross pay calculation.

Also, every contractor using an umbrella should be provided with a Key Information Document (KID), plus a ‘pay illustration.’ If you are not provided with these documents, then you must ask for them and if there is a deduction which isn’t clear, then don’t be afraid to ask what it is, or for the exact calculation that sits behind that deduction.

Other deductions that you can expect to see from the assignment rate, before the gross pay calculation are:

A lot of the recent disquiet from contractors about umbrella companies has originated from ‘salary skimming,’ which has obviously sparked concern. But the term ‘salary skimming’ is debated by some. Remember, because employment costs are taken from the assignment rate, technically these deductions are not being taken from a contractor’s salary, as the calculation is done ‘above the line’ i.e. before the gross pay for tax is calculated.

However, that still doesn’t mean that a deduction should be made that the contractor hasn’t been made aware of or isn’t expecting.

If you have any questions about your rate, you should speak with your agency or end-client, and do not sign any contracts until you’re entirely happy with the rate you’ve negotiated.

Finally, there is some useful information on HMRC’s website about what you can expect when working through an umbrella company. And although the tax department has claimed that the information was produced in isolation to industry goings-on, it’s absolutely worth checking out to get an impartial view on what you can expect to see on your payslip as an umbrella contractor. 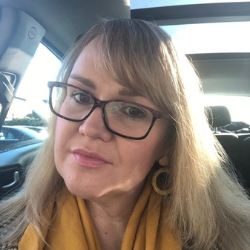 Shelley is the founder of S.A.W Consulting, a specialist consultancy business supporting Umbrella firms to be more compliant, efficient and competitive.