IR35: Are clients compelled to decide ‘inside,’ as HMRC penalties only exist for ‘outside’ decisions?

For concerned limited company contractors , writes Alex Seal, tax consultant at Markel Tax, that’s prompting them to ask, quite understandably: ‘Are clients effectively still compelled to give ‘inside’ determinations, given that penalties only exist on ‘outside’ determinations?’

Let’s look at the legislation -- s61T (6) (c) of Chapter 10 of Part 2 of Income Tax Earnings and Pensions Act 2003 links the failure to take reasonable care to a number of conditions, including the following not being met:

“If the services were provided under a contract directly between the client and the worker, the worker would be regarded for income tax purposes as an employee of the client or the holder of an office under the client”.

In HMRC’s Employment Status Manual at ESM10014, it is clear that it is not acceptable to determine that every worker providing their services through a PSC is caught by the off-payroll working rules without giving any consideration to the specific facts of each individual case.

The guidance offers a specific example of a medium-sized company engaging an agency to supply workers through PSCs and simply determining that all the workers are caught by the off-payroll working rules, because their roles and contractual terms and conditions are similar. Believing that this protects it from any liability to pay tax and NICs on payments to those workers, the client passes the same Status Determination Statement (SDS) to every worker and the agency.

As far as HMRC is concerned, the company has not acted reasonably, therefore the responsibility for the deduction and payment to HMRC of tax and NICs, and the payment of the Apprenticeship Levy (if applicable) rests with the client. Any workers incorrectly determined as ‘inside’ when they are in fact outside, should have amounts of tax and NICs amounts deducted from them refunded.

So, perhaps HMRC will be even-handed and deal with failure to take ‘reasonable care’ for both inside and outside decisions.

Is there evidence of even-handedness?

IR35 failures in the public sector have been well-documented.

The Home Office was penalised for engagements “incorrectly assessed as out of scope” (Home Office Annual Report & Accounts 2020-21).

The Ministry of Justice was successfully challenged by HMRC that its “hiring managers had [incorrectly] concluded that their workers could send a substitute to deliver the work instead of themselves” (MoJ Annual Accounts 2020/21).

However, the DWP which received the largest fine of £87.9million is unclear about how the sums arose -- yet we believe it is fair to assume that the majority of failures were not for incorrectly assessed ‘inside’ determinations.

On the basis of this limited evidence, the concern will be that only incorrect ‘outside’ engagements, in the public sector at least, will be penalised.

However, in the private sector, we have yet to be aware of HMRC compliance visits resulting in significant fines at all. Nevertheless, it is difficult to see why the Revenue would rush to uncover ‘inside’ engagements incorrectly determined. We are aware of individual contractors considering whether to appeal the tax deducted when they submit self-assessment returns. If they are successful, it would be interesting to see if HMRC makes the link to the end-client (which surely they must), and then review other inside declarations.

Despite the potential legislative bias, contradictory guidance and the fear of a large tax bill, these may not be the factors influencing the IR35 decision-making of end-clients to date.

More likely, end-clients decided simply not to engage with the legislation and instead chose to offer employed roles or engage ‘contractors’ via umbrella companies. Nevertheless, HMRC have been very clear that this is a commercial decision and doesn’t constitute ‘blanket’ decision-making, and so this wouldn’t be a scenario where HMRC would feel the need to penalise the engager.

Despite all those ‘buts’…

While it does feel that only ‘outside’ engagements are likely to be challenged (although incorrectly assessed ‘inside’ determinations would raise tax for the Exchequer if there was a failure by the end-client to take ‘reasonable care’ in their decision-making), official documentation following September’s Mini-Budget 2022 acknowledged that there have been incorrect ‘inside’ determinations.

As ever, the answer isn’t just down to one factor  -- there is clearly much more at play than the detail of Chapter 10. Whether the concerns about HMRC sanctions only applying to outside determinations are justified or not, it does seem that the odds of getting an outside IR35 determination are stacked against contractors.

One can only hope that as with the response to the false self-employment legislation which passed into law in 2013, the market will soon realise that if end-clients engage properly with this legislation, the market will settle. End-clients will have access to the best contractor talent; and greater numbers of genuine contractors will be engaged in outside IR35 engagements. 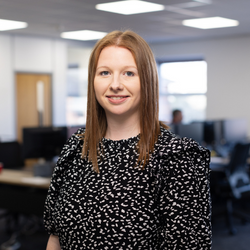 Alex provides support in defending tax payers against HMRC challenges on IR35 and providing consultancy to client’s and accountancy practices on a range of areas within the employment status industry such as IR35, the impact of the new IR35 private sector legislation introduced in April 2021, compliance with the new IR35 legislation, outsourced providers and sole traders. Alex is a member of the Association of Taxation Technicians (ATT), having completed her entry requirements in 2020, with over 5 years’ tax experience.