Your last look at new rules for limited companies before they become law? Potentially

A reminder for UK limited company directors of the incoming reforms at Companies House under the Economic Crime and Corporate Transparency Bill went live last week, to complement what was an early warning of the new rules from the register back in April.

But this third and most comprehensive preview of the reforms could be the final alert before contractors actually have to comply – probably a little after New Year 2023, writes Nick Hood of Opus Business Advisory Group.

These are the most important issues the legislation creates.

For too long there have been endless stories in the media whenever some financial scandal erupts, revealing that the company involved has directors called M Mouse or D Duck. Up to now, Companies House (CH) has had no power to check this nonsense, nor to refuse to register such companies.

Now, to keep their entry on Companies House, a whole host of people must have their identity verified by the company with which they are associated, and must get confirmed as having been verified to CH, including:

The precise details of what counts as ‘acceptable verification’ have not yet been published, nor the records that the company needs to keep on this.

The new identification requirement covers all existing connected persons, not just new appointees. Non-compliance means a fine for the company and its officers, as does acting as a director without having already been identity verified.

The list of reasons why CH can object to a company name includes those names:

As mentioned last week, Companies House is going to be able to order any company failing these tests to change its name, and then CH must approve the new name.

Failure to comply also leads to fines levied against the company and its officers.  Significantly, Companies House will also be able to both choose and impose a new name for the company -- in the event of non-compliance!

There are exemptions in the interests of national security or preventing crime, but this would be rare and unlikely to apply to contractors.

Government officials being able to impose their choice of name on your company if you misbehave isn’t the only eyebrow-raise that these reforms deserve.

In fact, to be on Companies House, companies must in future include a statement in their annual confirmation statement submitted to CH, stating that their future activities will be lawful. Not that anyone would be likely to say the opposite of course! And silence on your intentions is not golden, as not signing your name to such a statement will bring the risk of a fine.

Now we come to one of the administrative upsides of the proposed changes.

A minor but currently irritating headache nonetheless is the requirement for every company to keep its own register of details, storing its directors and their addresses, its secretaries and any persons of significant control. This requirement is no more, provided that the information has been notified to CH for its central register.

Every company must in future have an email address for electronic communication purposes and a registered address, both of which must be ‘appropriate’. And here, ‘appropriate’ means that documents and correspondence sent to the addresses will be brought to the attention of the company or a person acting for the company, such as accountant or a lawyer. Guess what? Failure to do so incurs you a fine.

There will be far greater scope and simplicity for the correction of erroneous information already on CH, in a move away from the currently cumbersome practice of requiring a court order to amend CH records if there are mistakes.

Why does Companies House reform matter to contractors?

All this increased transparency means that in theory, contractors have a much better chance of avoiding being scammed by phoney clients, sketchy suppliers, or spurious service providers, by limited company directors having a much clearer understanding of companies and who the people behind them really are.

This cuts both ways. Because potential clients, suppliers and service providers – the upstanding ones in all three of those categories -- are much more likely to do business with a contractor who has demonstrated that their business is bonafide.

The final reason these Companies House reforms matter is that non-compliance is going to be costly -- and persistent failure to meet CH’s new raft of rules is going to be extremely expensive.

Theory Vs practice at CH

The proposed new law has received a generally positive welcome from the business and professional community. That said, there are reservations that the reforms do not go far enough in some areas. What is a more serious concern is whether CH will be adequately resourced to police the new requirements and then to enforce against those who break them.  As a journalist and author wrote recently: “Laws without enforced consequences are merely suggestions”. And as this author says, we all know what happens to inconvenient suggestions!

What next for contractors?

Once the current bill has become law -- probably in the first few months of 2023, there will be work for contractors operating through their own PSC to do, if they are to ensure full compliance, not least because the new requirements are going to be retrospective in certain respects. It’s probably wise to start a conversation with your professional adviser now, to get the ball rolling and avoid the inevitable rush to comply come the notoriously busy New Year. 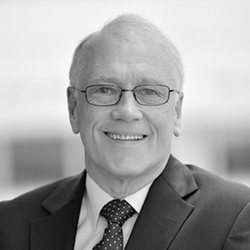