Why the future's not bright for IR35 advice

Caring whether their adviser soon gets stuck between a rock and a hard place isn’t the job of a contractor.

But new legislative proposals may mean the upshot of this predicament for advisers is a reluctance for them to assist temporary workers with tax and IR35 advice, writes Rhys Thomas of WTT Consulting.

This is the realistic prospect of a tabled piece of tax legislation that threatens to drive divisions between adviser (the professional who gives you guidance on IR35, for example) and client (you, the contractor).

In the legislation’s consultation (Strengthening Tax Avoidance Sanctions and Deterrents: A discussion document) – which closes today -- HMRC introduces the concept of an “enabler of avoidance.” The lack of definition provided in the document makes us think that the draughtsmen of HMRC are either dreading producing a description for the law on this rather opaque term, or are seeking to extend its application as far as possible.

The policy chiefs at the tax authority have decided that a root cause of tax avoidance is the army of designers, advisers and salesmen who provide a “scheme” and persuade people to use it. The Revenue is determined that where a scheme is defeated, fines and penalties should be applied on that group. This central thrust of the consultation is hard to disagree with. Indeed, had something similar 15 years ago been established, it would have prevented a lot of contractors from facing potentially life-changing tax demands today.

The problem around definitions in the HMRC document is that this overdue move indicates to us that ANY professional adviser who has ANY contact with contractors could be liable to heavy and unexpected fines (up to 100% of the tax the scheme user underpaid), if something they never knew their client was using is “defeated”. An adviser is certainly somebody who might benefit financially from a “tax avoidance arrangement” but would they know, at the time the arrangement is used, or later, that is was avoidance? In the absence of any sensible definition of avoidance, even a vanilla transaction could be caught.

In the context of the contracting sector, any realistic attempt at defining avoidance would have to include the use of employment or similar trusts to channel payments, the deliberate over-claiming of expenses and probably the avoiding of IR35. We would go so far as to include pretty much ANY arrangement that promises a tax rate in the low teens percent.

Our reasoning for this is straightforward. It’s because HMRC has a view that contractors should be taxed as employees where they do similar jobs. That may be an incorrect and illogical view, but it is one they cling to and use often.

And given that avoidance is most often defined only in retrospect, how is an adviser going to be comfortable that a simple arrangement (say using a limited company) will not, in 5 years’ time, be seen as avoidance? That adviser is now facing a dilemma – the rock and the hard place I mentioned. Advise against the use of a limited company, the client becomes an employee and the adviser loses business. Or, advise that the device is ‘safe’ and take a risk that it is beyond HMRC’s challenge. It’s not a nice predicament to have. Worse still; how much is that adviser now going to want to charge the client -- you, the contractor -- given that his risks have increased? Would the adviser’s insurance premium increase to cover that risk? Moreover, who’s going to pay for that higher premium? Not the adviser entirely you can bet. The client; surely? And if not, then maybe that advice just isn’t worth offering.

Compounding the situation is the incoming IR35 tests for those working in the public sector. We, along with most advisers, see these rules as applying to the private sector within a short period. If therefore you are offered a contract that is ‘IR35-proof’, is that avoidance? Would the QC who advised on it; the lawyer who drafted it, the promoter who puts it into the market, the accounting firm who recommended it (or the promoter) to the client be caught? Yes, with all of them, we think so.

Could the rules spread further? What about the insurance company who promised to defend the IR35 status? The umbrella company that invoiced the client on the basis of being outside IR35? The recruitment agent who supplies a ‘non-employee’? The client who knowingly engages a contractor when they have employees in the same role? All can be said to benefit from the status of the contractor and if that contractor is (unwittingly) engaged in tax avoidance, all could be blighted.

If contractors go for the vanilla option of a limited company to channel their expertise, is that avoidance? If the tests in the as yet unfinished HMRC tool on IR35 are failed, then there has to be a fair chance that it does constitute avoidance. Would an accountant who advised using the company be liable? Perhaps not, but only if they can show that they did not organise or sculpt the underlying contracts. Would a lawyer on the client-side who drew up the contract, with care to stay outside IR35, be liable? Again perhaps not -- if they are an employee, but the client might be caught.

Brace for the backlash

The long and short of this proposal is that tax practices who engage their clients, build up lasting relationships and advise in as compliant a manner as possible are the ones who will be affected the most, because they will continue servicing clients for the length of time it takes HMRC to investigate and determine that an arrangement is non-compliant. Those looking to make a lot of money quickly and disappear before the HMRC behemoth gets round to litigation (5 years minimum) will continue to prey upon contractors. We have no doubt that HMRC will then chase individual contractors in that case, because “enablers” surely includes contractors!

Overall the lack of definitions, legal or practical, will provide HMRC with their objective, i.e. fewer instances of avoidance. But this will be achieved at the cost of depriving contractors of choice, freedom of establishment and any advice they can rely upon. Expect a fierce backlash from the professional sector. 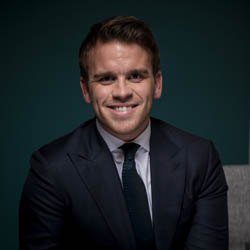 The drawbacks of a new digital identity scheme will bite hardest where its potential is needed the most.

Lessons from implementing IR35 reforms have been outlined, but will they be learnt by HMRC?

What MPs on the Public Accounts Committee have recommended; why, and when they want to hear how the taxman is getting on with implementation.