How a new public sector IR35 case affects you

On October 4th 2017, we defended a client in the first IR35 tax tribunal for seven years, and while the verdict is yet to be announced, we believe the client – an IT contractor who worked through his own limited company – had a strong case.

As with many other cases in IR35’s history, we think the outcome will rest on the contractor’s actual working practices and evidence put forward by the end client -- the engager, a public sector body, writes Andy Vessey, head of tax at Qdos Contractor.

Interestingly, HMRC didn’t defend the case, preferring to appoint a legal counsel instead. We can only speculate on why HMRC instructed a barrister, but it might well be due to the fact it was the first tax tribunal for seven years (the 'JLJ case' was the most recent, in 2011). The Revenue does have its own Solicitors Office and Legal Services, so they are adequately equipped. However, it may have simply been that the tax authority was under-resourced at the time of the hearing.

There is also of course the possibility that HMRC engaged a legal counsel to increase its chances of victory and perhaps even set a precedent. But then again, we can only speculate on this.

The old and the new

Given the working arrangements in question occurred prior to IR35 reform in April 2017, the case was governed by the old rules, known as the ‘assurance process.’ More crucially for how the new rules might be outlined on HMRC’s behalf in a tribunal setting, the appointed legal counsel regularly picked clauses from the upper-level contract. This was done to support the HMRC-appointed counsel’s opinion that the contractor’s working arrangement resembled employment.

Despite the difficulty in checking the upper-level contract (often because of confidentiality reasons), it’s vital to ensure that it reflects the working reality. In this case it did not, and in particular it stated that the contractor would be required to work under the direct supervision of the client. This was certainly not the understanding of the contractor nor was it borne out by the testimony of the end-client witnesses!

While it was us who defended the case, it was the contractor in question who refuted the statements made by the legal counsel, otherwise there might have been a suggestion that he actually agreed with such statements.

Some examples of broad statements from the legal counsel included; views on the ‘interview’ process and that is was no different to any individual applying for work, and that the end-client wanted an individual and not a business.

The legal counsel also attempted to argue that there was no financial risk, which the contractor strongly disputed by stating that he could easily have made sizeable financial losses -- which the judge pressed him on.

In the situation the contractor found himself in, it’s important to speak factually, specifically and concisely. Ambiguous answers will not help a contractor’s cause because neither HMRC nor a tribunal will find them persuasive. But equally, broad statements with the onus on the contractor challenging them isn’t necessarily a sign that HMRC will conduct all future off-payroll cases in this way.

Last month, we asked a HMRC inspector from the Salford office if he was aware of any other IR35 cases waiting to be heard by the FTT, which he wasn’t. Certainly, HMRC’s approach in IR35 enquiries has become increasingly stubborn recently -- almost reminiscent of the bad old days when the legislation was in its formative years.

Complexity, complancency (and a Revenue that won't be told)

A recent IR35 enquiry I defended springs to mind. Despite there being an unequivocal statement from the end-user about a genuine right of substitution, the Revenue’s IR35 status inspector refused to believe this. The inspector issued the end-client with as many as 24 questions on that very subject alone before ignoring the evidence! The matter had to go through to review for the original IR35 decision to be overturned.

HMRC’s current approach to IR35, along with the complexity of the legislation reflects the difficulty in contractors defending themselves at a tribunal. If anyone thought HMRC had become complacent about IR35 due to its lack of effectiveness from a revenue-raising perspective, then HMRC’s new stance should serve as a warning. 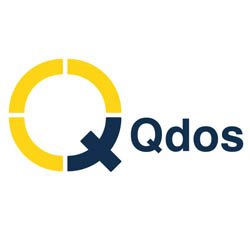 With over 25 years’ experience, Qdos is an IR35 expert that has assessed over 150,000 contracts, successfully defended over 1,600 IR35 enquiries, saving contractors in excess of £35m.