Why HMRC's IR35 consultation is its chance to learn lessons

With the date of February 28th pencilled in for the next IR35 Forum meeting, hopes are high that HMRC will disclose much clearer details on how the they would like to implement the April 2020 off-payroll rules in the private sector, writes Dolan Accountancy’s Sophie Tyler, team manager, and Simon Dolan, founder.

By the 28th, we should already have sight of a consultation on what those rules should look like. What we know right now, with more certainty, is that HMRC is currently in the process of considering how to best address concerns about non-compliant intermediaries, notably where they issue ‘blanket rulings’ across all workers and roles to deem them inside or outside IR35.

HMRC’s latest stance is that blanket rulings do not comply with their legislation, unless the engager first assesses an initial contract of one of their PSCs whose terms and conditions, and role, precisely matches all other PSCs engaged. The thinking is that, if this ‘guinea pig’ PSC is caught or not caught, the other PSCs -- assuming they are on identical working arrangements – will also be caught or not caught. It’s an assumption many will find hard to swallow.

What else is HMRC doing right now on IR35? Well, with all of the criticism of its CEST tool, they are looking into how to enhance it for the private sector. They are receiving help on this fortunately, from the industry members of the IR35 Forum, who have given feedback and guidance on how they would like CEST to work.

The financial impact of the new rules is -- like the version of CEST which the private sector might eventually end up with, is uncertain. Worse than that in fact, according to the OBR, it’s actually ‘highly uncertain.’

Nonetheless, HMRC is steadfast that its calculations are correct on the net £1.3billion to be gained (by 2023/24) thanks to the private sector off-payroll rules. That’s despite doubts still remaining on the Revenue’s original assessment of those rules’ predecessor in the public sector. In November however, the tax department said it would not be looking into a wider review of the impact to include a wider range of stakeholders.

It must be galling to some, especially as the consensus is that the IR35 reforms will be damaging to the economy. So it’s not just us accountants who’d like  some fixed figures, strong evidence, and less assumptions (the OBR says the financial model used to come up with the likely yield relies on “several assumptions”). We’re a little surprised that HMRC itself isn’t actively trying to address the doubt that the government’s own forecaster is pouring onto the off-payroll rules.

From a contractor’s perspective, one outstanding concern is the lack of liability to the end client, should an ‘inside’ IR35 status be incorrectly determined. We shall have to wait on the policy details for such a situation, as again, this is something else being worked on by HMRC. But it needs to be both ‘worked on’ and ‘solved’ in the eyes of contractors, and anyone else for that matter who wants fairness from the tax system.

We’d actually go further by asserting that a lot of work is required now by HMRC, especially in regard to guidance on the tax treatment for workers affected by the private sector IR35 reforms. It will be a majorly-read document of course. Little wonder, perhaps, that the UK’s largest accountancy body, the ICAEW, is penning its own guidance on the financial reporting implications. For all accountants, members of the body or not, it's a case of ‘watch this space.’

And we’re hearing that end-users have a case of bated breath too, triggered by the BBC coming under fire from the NAO for landing its biggest stars in an IR35 mess. The Revenue shrugged off the report as applying to only one specific organisation. But the NAO report provides an interesting insight into how a corporation as resourced and organised as the BBC “struggled” (its own words), with certain aspects of implementing the off-payroll framework.

All of the signposts we can see point to a lot of lessons still to learn from the rolling out to the private sector of the public sector IR35 reforms, so much so that the few narrow items that HMRC is working on to get the reforms ‘commercial sector-ready’ might not even be half the battle, especially if hearts and minds matter. There is a lot of uncertainty for the future due to the private sector reforms to IR35 and not a lot of will from officialdom to clear it up.

It’s partly as a result that we will all need to keep our eyes peeled for the draft legislation (expected around summer). Our trust is with the representatives of the tax, accounting and contractor organisations who meet with HMRC quarterly to be able to positively influence policies and decisions around IR35, and to somewhat cushion the impact that businesses will feel at any time from now, 14 months’ time and from April 2020 onwards. 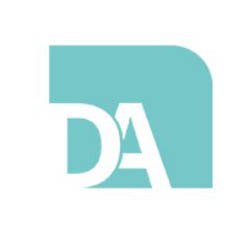 Team Manager at the Dolan Contractor Group. Working in the contractor industry since 2013, she began her career in accountancy in an entry role and has since worked her way up through the ranks.