Contractors, HMRC has fortunately clarified ‘intermediaries’ should not include umbrella companies

A swiftly arranged meeting between HMRC and the contractor sector to establish whether  umbrella companies are ‘intermediaries’ under the April 2021 off-payroll legislation was held yesterday, with potentially bad news for those hoping that the IR35 reform will make umbrellas redundant, writes Chris James, director of accounting services at JSA Services.

Flanked by several members of the IR35 Forum (although this was not a forum meeting), I was among those reassured at the Revenue’s readiness to meet to discuss the urgent issue of the definition of ‘intermediaries’ in the incoming framework. I say ‘urgent’ because this problem has arisen with just six months to go until the reform passes into law.

The issue is that the ‘intermediary’ definition used potentially changes which supply chain parties should make payroll deductions. And that could make the way that recruitment agencies and umbrella businesses deal with payments confusing, even counter-intuitive, from April 6th.

In the meeting, HMRC emphatically acknowledged that there is an issue with the legislation as it stands, and that the potential impact on umbrellas and agencies is totally unintended – and needs to be fixed. The department wanted to have a full and open conversation with all the parties present, and it was agreed with us (as representatives of the contract sector) that a formal statement from HMRC will be provided today (Thursday October 15th).

The aim of the statement is to confirm the position, as HMRC sees it at this stage, and say how they plan to resolve the issue. Positively for those of us who want umbrellas to continue to thrive, tax officials said they will consider a range of measures, including amendments to primary legislation, as well as more guidance for the marketplace to make clear what they are doing to achieve resolution.

While the whole matter won’t be completely resolved by today’s statement, I think that we can take a lot of comfort from the approach HMRC are taking, and their recognition of the impact this is having on the sector, in terms of uncertainty.

Indeed, in my experience, the Revenue has never moved so fast to try to put something right, and I’m impressed by both their speed and willingness to act in accordance with the contractor sector’s wishes.

Perhaps even more reassuringly, HMRC confirmed that where an agency or umbrella operates PAYE properly on income, the intention is that Chapter 10 (which details the off-payroll working rules from April), will not have an impact. This fits in with my work through the FCSA, as with them, the government is actively working on plans to regulate – not get rid of -- the umbrella company sector. So there is absolutely no sign, either from HMRC at yesterday’s meeting or from the government more widely, of a push against compliant umbrella businesses operating in the future.

I look forward to the detail in the HMRC statement today, and to continuing to work with officials to get this matter resolved. 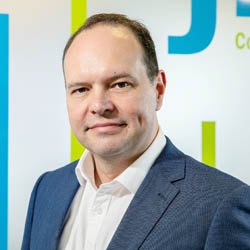