Contractors, don’t miss this golden opportunity to speak up about umbrella companies

This is an important and perhaps final call if you’re a busy contractor, to have your say on umbrella companies, writes Meredith McCammond, technical tax officer at the Low Incomes Tax Reform Group.

The deadline for written submissions to Her Majesty Treasury’s umbrella company call for evidence is February 22nd 2022. Just four weeks away.

If you have worked through an umbrella company, us at the LITRG are urging you to take advantage of this golden opportunity to share with government your experiences, both positive and negative. This is a unique chance to help shape what happens in the future with umbrella companies.

Umbrella companies are unregulated and there is a wide spectrum of operators. Our 150-page report, published in March 2021, found a lot of good practice but highlighted several major concerns, including around the use of Disguised Remuneration (DR) schemes to pay workers.

Whether it be down to DR, issues with holiday pay, the lack of transparency with pay rates, non-provision of pay slips, cloning, mini-umbrellas, cyber-attacks or just the general lack of professionalism that we sometimes hear about when it comes to umbrellas, the problems with umbrella companies are numerous, multi-faceted and intertwined. So we think this call for evidence is a very, very welcome step.

The call for evidence

The Treasury call for evidence invites views from stakeholders on the role that umbrella companies play in the labour market. The call specifically asks for input from workers, particularly for their views on the government’s understanding of umbrella company behaviours that are causing concern.

It is pleasing to see that this umbrella sector call for evidence has been echoed by compliance organisations. But in the instance that this endorsement isn’t enough to convince contractors to speak up, I’d like to give a specific example of why it’s so important that contractors get their views, experiences and concerns about umbrellas into the hands of officials, regardless of whether they do that through intermediaries or direct to the consultation team.

An example of why the worker voice so important

Over the last year or two, we have engaged on a regular basis with HMRC about DR, especially about the fact that we believe usage has shifted so much so that some workers in DR, still do not know they are in DR, as the motivations to get them using DR now sit elsewhere in the supply chain. Our view (explained here), is based on our research, conversations with other bodies who are in contact with workers, and website queries we receive.

But it is just our view. If, in response to the Treasury call for evidence, a number of workers (separate and unrelated to each other) write in to HMRC and relay a similar view, with facts and details, that they have been paid using a DR scheme without their knowledge, then this would likely be quite powerful and persuasive. It would represent first-hand evidence that disguised remuneration is not just about individual taxpayers seeking avoidance opportunities for themselves – a view which HMRC is known to hold. The more people that respond, the more the evidence-base can be built. Then HMRC might be able to get a better idea of the scale of various issues and develop a more effective, targeted, proportionate response.

Such an insight from ContractorUK readers, umbrella contractors and others involved with umbrella companies could be invaluable, because it could help HMRC understand that:

This ‘call for evidence’ means that you are able to share your personal views and experiences of working through an umbrella company.

If you would like to help make a difference, but don’t really know how to make a written submission or have never done anything like this before – don’t worry. We have set out some tips to help you respond.

How else can you contribute?

If you prefer to, you can complete a simple worker survey on .gov, which is an alternative way of sharing feedback.

If you don’t want to write in or complete the survey, but still want your voice to be heard, you can join a small group video call (to be held in the coming weeks) with some other workers and HMRC staff members (who will take notes). On this call, hosted by us, you will be able to tell HMRC about your experiences of working through an umbrella company. Another golden opportunity, we suggest, to tell officials what’s really going on, ‘on the ground’ with umbrellas.

(N.B. If you would like to get involved in the video call or you know someone who might, please contact us, and let us know as soon as possible).

Perhaps understandably, HM Treasury, HMRC and other government departments can be reluctant to take up issues based on anecdotal evidence, observations or general points from bodies, whether that’s a contractor group or a charity, like us. It is therefore imperative that they hear directly from workers who may have found themselves in difficulty with umbrella companies. Nobody else’s evidence will carry as much clout – so don’t pass up this golden opportunity. 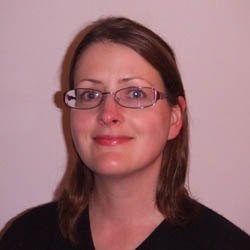 Meredith is a Chartered Tax Adviser. She has been a technical officer with LITRG, part of the CIOT, for seven years. She leads on their work on labour market issues including agency workers/intermediaries and the gig economy.