As contractors and others in the supply chain will have noticed by now, HMRC has started ‘naming and shaming’ companies involved in the promotion of tax avoidance schemes using new powers granted under the Finance Act 2022.

While it’s important to tackle these schemes, this approach by HM Revenue & Customs raises concerns around due process, writes Alex Dunnagan, acting director of TaxWatch.

Many of the companies listed online by HMRC use loan-based avoidance schemes (also known as ‘disguised remuneration’), which involve the deliberate concealment of income from HMRC in order to reduce a tax liability. Typically, the contracting company will pay the contractor in two parts – a small amount paid as a salary, usually at minimum wage, and the remainder as a loan. These loans, it is argued by promoters, are not taxable as income – because they are loans.

Loan-based avoidance schemes have been controversial for a long time. HMRC clearly states:

“HMRC has never approved these schemes and has always said they don’t work.”

Our organisation has already written to both HMRC and the City of London Police’s Economic Crime Unit, calling for the promoters of these schemes to be investigated criminally. Despite this, we are not aware of any criminal investigations.

These schemes have been dealt with as a civil matter, with HMRC historically choosing to investigate the users of the scheme (often contract workers), rather than the promoters. Understandably, this has led to a significant outcry.

Thankfully, there appears to have been a slight change of focus, with HMRC stating last November in an update on marketed tax avoidance schemes: “[HMRC] is determined to do all it can to stop unscrupulous promoters”. The update added that the Revenue is “targeting those who promote these schemes using all of [its] powers.”

Despite the tough talk, something seems to be going wrong. Recent analysis by us found that the number of users of disguised remuneration schemes had increased dramatically.

Cue the latest attempt from HMRC to curtail these schemes, which is to ‘name and shame’ the companies that are engaged in promoting them. The idea is that companies being placed on the publicly accessible list will suffer an embarrassing loss of reputation. The Revenue also wants to send a warning to other companies promoting avoidance schemes that it is committed to tackling the problem.

No full legal due process

One benefit of this new ‘naming and shaming’ power is the speed in which HMRC can move. However, the trade-off is that there is no full legal due process. The public list allows customers of HMRC to decide whether or not they want to engage with the scheme, but at the same time, it does nothing to actually shut down the companies listed.

Having spoken with directors at several of these companies for this exclusive article for ContractorUK, the prevailing thought is:

“If these schemes are unlawful, why aren’t they being shut down?”

Contractors, be aware, at least two of the companies featured on the HMRC blacklist are challenging their inclusion. They say they will be taking HMRC to the First-Tier Tribunal.

PAYEme Limited, one of the companies listed, has published a rebuttal on their LinkedIn page stating that at no point has HMRC “produced any evidence or articulated any allegations” that an unlawful scheme is in place.

PAYEme’s director Mark Best says HMRC is acting as “judge, jury and executioner” by publishing what information it has and believes to be correct.

Phil Norbury, director of Contractor Care Ltd, another company on the avoidance blacklist, alleges that “HMRC has acted unlawfully” by stating that they operate a tax avoidance scheme.

Mr Norbury acknowledges that “the law is the law, and it applies to HMRC.” But, by publishing the information it has published,  he says it represents another example of parts of HMRC “acting as though it [the law] does not [apply to its organisation].”

See you in court

Contractor Care claims it commenced legal action against HMRC prior to the publication of the list, with Mr Norbury believing that ‘nothing should have been published’ prior to the outcome of the court action.

We should be clear that some of the companies ‘named and shamed’ by HMRC as avoiders, promoters or enablers/suppliers of avoidance, have invariably seen a decrease in custom. But we believe it’s unlikely that most businesses (and even contractors other than those of course who regularly read ContractorUK), are aware that this list exists, despite the best efforts of HMRC’s PR machine!.

Another limitation is the fact that the list itself is incomplete. This is a point HMRC is keen to stress. The upshot is this -- if a reader of the list seeks to enter into a scheme with a company that isn’t listed, there is no actual guarantee that they are not engaging in tax avoidance. Further consider that a few of the companies on the blacklist are in liquidation. So how exactly members of the public can be deterred from entering into a scheme with a non-operational company is unclear! And it’s not like HMRC is answering that question properly.

Interestingly, in its recent response to its call for evidence on tackling disguised remuneration tax avoidance, officials stated: “The government recognises that the design of arrangements that are sold as avoidance schemes may in fact enable fraud”.

Well, if this is the case, HMRC needs to use the powers it already has to enforce the law in this area. Keep in mind, under existing criminal law, where someone is involved in the promotion or operation of a tax avoidance scheme that is dishonest, criminal proceedings can be brought against them. This was demonstrated in the case of R vs Charlton, when the Crown successfully brought a prosecution against three accountants and a barrister for their roles in the design, operation and promotion of a failed tax avoidance scheme. Naming a scheme, yet not penalising a company, just creates confusion. Are the schemes named lawful? Until a ruling is made, we just don’t know. So that’s one more in the eye of ‘due process.’ It’s something that a taxman or Treasury with a conscience ought to be concerned about and look to address. 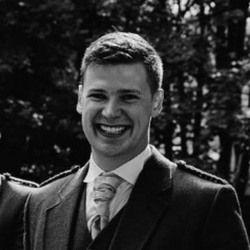 Alex Dunnagan is Acting Director at TaxWatch, having joined the investigative think tank over three years ago. He is an accredited criminal investigator and intelligence analyst, previously working at the National Crime Agency and in UK defence. TaxWatch is a UK charity dedicated to compliance and sound administration of the law in the field of taxation

We should thank the PAC, but an IR35 review which tackles all HMRC’s misrepresentations is still outstanding

By claiming PSCs are 90% non-compliant and then making their clients liable, HMRC pulled off a master stroke. Chancellor Kwarteng must act.