Not for the first time, our MPs have had to write to Her Majesty’s Treasury about HMRC’s conduct and actions in relation to its ruinous loan charge.

But for the first time -- at least by my reckoning, the MPs have exposed to the Treasury a historic failure, on an industrial scale, by HM Revenue & Customs to abide by the Agency legislation, writes Steve Packham of the Loan Charge Action Group.

This historic failure by HMRC to follow legislation already on the statute book has largely come to light thanks to Sir Iain Duncan Smith MP, a former leader of the Conservatives.

His question in the Commons on October 24th 2022 is where to start, to understand what we now know and what to me, HMT is as good as admitting. Namely that:

What Sir Iain Duncan-Smith asked, and what HMT let slip

To ask the Chancellor of the Exchequer, for what reasons HMRC did not enforce the agency rules under (a) section 134 of the Income and Corporation Taxes Act 1988 and (b) section 44 of the Income Tax (Earnings and Pensions) Act 2003.

The answer, from the financial secretary to the Treasury, Victoria Atkins MP, on November 1st 2022, stated:

Under section 44 of the Income Tax (Earnings and Pensions) Act 2003, and previously section 134 of the Income and Corporation Taxes Act 1988, most agency workers must be treated as employees for income tax and National Insurance contributions (NICs) purposes by the agencies that pay them.

HMRC has a risk-based approach towards compliance activities and will investigate evidence of non-compliance or avoidance. Where HMRC finds that an agency has failed to account for tax and NICs, it will seek to recover unpaid amounts due.

Read between the lines, it's damning

Let me decode the above for readers of ContractorUK. What is being stated here – other than no direct answer to Sir Iain’s question of why HMRC didn’t take enforcement action, is actually totally legally correct.

While that accuracy is unusual for a Treasury response in relation to the loan charge, the response is fundamentally important to understanding why the loan charge “debacle” (as HMRC CEO Jim Harra called it), is actually more befitting of an out and out scandal.

In the answer, the minister makes clear that most agency workers must be treated as employees and that the agencies are required to make deductions of income tax and employee NICs. Yet this did not happen.

The answer also makes clear that HMRC should recover any tax it believes should have been paid from agencies. Yet this did not happen, and this has not happened.

Here's what MPs make of it all

This statement by the Treasury minister is rightly being seen as such an important admission that the MPs I mentioned, who sit on the Loan Charge and Taxpayer Fairness APPG, have written to the Treasury.

Reflecting on the statement from Victoria Atkins MP, the APPG’s letter to HMT states: “The unavoidable conclusion, therefore, is that HMRC manifestly failed to do its duty on an industrial scale, when it came to workers who worked through agencies using umbrella companies (which were of course recommended by the agency)”.

What is particularly scandalous to me, and indeed galling for all those caught up in the loan charge, is that HMRC clearly failed to investigate the widespread non-compliance in the recruitment and umbrella company sectors. This failure is something that the APPG has highlighted separately, in their How Contracting Should Work inquiry report.

No need to legislate for the loan charge

The most obvious -- and damning -- point is the one made in the APPG letter. And it’s this -- that if HMRC had policed this sector properly, and enforced compliance upon the agencies using the Agency rules, there would have been no need to legislate for the loan charge.

The loan charge wouldn’t have been necessary because the vast majority of the workers should have had PAYE deducted by their agency, at the time.

HMRC should surely be accepting of their own failures and act in a way that acknowledges both this and the fact that people were mis-sold schemes. Yet instead, their response is quite the opposite -- to find any way to bulldoze through their demands, using taxpayer money to fight legal cases and to stick rigidly to unaffordable demands, despite the fact there have already been nine suicides.

Furthermore, HMRC is now issuing section 684 notices, claiming that any outstanding tax arises on the worker / the employee, completely ignoring the PAYE system and how it operates. And HMRC are even using these section 684 notices to pursue people with scheme use from before December 9th 2010 -- the cut-off date for the loan charge proposed by Sir Amyas Morse and accepted by the government.

The APPG have asked a series of questions, to shine further light on these additional issues relating to section 684 notices. If the financial secretary actually answers these questions, it will be very interesting. Alas, having given so much away in the initial answer to Sir Iain Duncan Smith -- presumably without meaning to, the Treasury and HMRC will be preparing one of their typically evasive, partial and misleading responses. But we shall see.

My fear is that HMRC has no intention of changing course, no intention of showing any compassion and no intention of making demands to contractors more manageable. Despite the fact that HMRC could and should have acted at the time, both to collect tax from agencies and to properly warn people against use of schemes, they will continue to ruthlessly seek every penny they themselves failed to collect from the correct party.

With 125 parliamentarians having signed the open-letter calling for a loan charge intervention and a group of respected tax sector professionals pushing for a resolution, surely now is the time for some political leadership from prime minister Rishi Sunak, and the chancellor Jeremy Hunt. While his Spring Budget 2023 will no doubt be on his mind, Mr Hunt must be  aware that thousands of NHS workers were lured into schemes under his watch as health secretary. We believes that this is one of the many issues causing staffing issues in the NHS and the care sector today.

A resolution to the loan charge nightmare remains in everyone’s interests. And we hope that perhaps, finally, we might see some common sense from within government, before more lives are lost, more families are torn apart and more taxpayers’ money is wasted by HMRC court costs. The Loan Charge Action Group remains ready to talk to ministers – including the minister behind this stark admission, Ms Atkins. And we hope that with the ongoing support of one of the largest APPGs in parliament, that this might happen this year. It is time to talk. 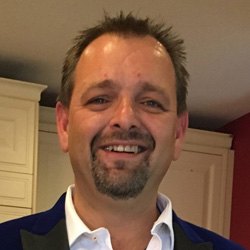 The Mainpay ruling reinforces ‘If it seems too good to be true, then it invariably is.’ That's now even more the case, with no SEB.