Contractors' Questions: Can umbrella companies just say 'no' to furlough?

Contractor’s Question: I understand that umbrella companies are in a financially tough position when it comes to furloughing their staff/contractors under the Coronavirus Job Retention Scheme, because umbrellas are prohibited from charging their margin while absorbing many other costs. But isn’t it the case that brollies are under no legal obligation to furlough anyway?

Expert’s Answer: You are absolutely right -- there is no obligation on an umbrella company to furlough whatsoever. Some of us in the sector do feel a duty, however, to support our staff as much as possible. And in our case, that’s what we have done since the covid-19 crisis hit in March and up until the end of October. By and large, this has been at our own costs by furloughing those who were eligible to be furloughed.

Umbrella companies are in a lose-lose

But under the current terms of the CJRS extension, it’s a lose-lose situation for umbrella companies.

We are approaching a time of year – Christmas, when failure to support umbrella contractors (the umbrella company’s employees) is going to lead to higher rates of mental health issues, such as depression, for those individuals. Dependency issues, abuse and even suicides are among the genuine fears of umbrella company owners, for their staff.

Our business has already seen these life-affecting issues playing an unfortunately significant role during the first seven-and-a-half months of furlough, including over the various lockdowns and restrictions introduced by the government because of coronavirus.

And through no fault of the many umbrella companies which may be now financially at the end of their resources having financially supported their workers since March, not furloughing right up until the end of the newly extended furlough period will potentially lead to reputational damage.

Indeed, it may not matter how well an umbrella has supported their employees over the last seven-and-a-half months, to not be able to furlough further, over the festive period, will linger with employees who will probably never want to use that umbrella again. For umbrellas, if they continue to support their contractors, they will continue to carry substantial costs. Or they can refuse to furlough, and risk the damage – to people they work with and to their business.

Many millions, plus the countless jobs

For some of the larger operators in the umbrella company sector, continuing to furlough until next year could run in to the many, many millions of pounds. For us specifically, if we continue to support our furloughed workers through until the end of March 2021, that will have been a whole year of absorbing significant costs. And those costs are chiefly Holiday Pay and the Apprenticeship Levy (for those brollies required to pay it), without having been able to charge any margin whatsoever.

My personal feeling is that, as much as we and other companies might want to, it will actually be impossible for umbrellas to continue to support their contractors/employees until late March next year. In fact, I already know of many, including the larger operators which contractors may think have more reserves to draw upon, who have stated that they cannot afford to and thus are no longer supporting the furlough scheme for the next five months.

It’s harrowing to think of just how many umbrella company jobs are now going to be lost due to this furlough scheme extension which prohibits umbrellas from charging a margin, and so deprives them of any revenue stream. These countless losses are bound to be a major part of the many difficulties that the next five months will bring for this vital part of the flexible work sector. 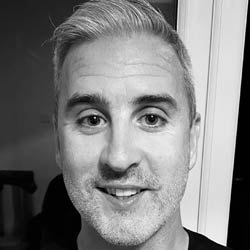 I have over 16 years payroll experience working through Umbrella Companies and there were only 10 in operation when I came into the marketplace, suffice to say it was a very different market back then.  I quickly became passionate about my industry and the seemingly constant changes this industry brings.  I have a real passion for compliance and most importantly helping contractors.  I pride myself on being able to be a strategic resource for my clients and contractors and will always champion doing what’s best for them.  I am the founder of Orca Pay Group Ltd.