Now's the perfect time for government to suspend Loan Charge 2019

It's a step in the right direction, as only time will tell if it will benefit the self-employed and contractor workforce. But actually, timing should be on the government’s mind before it releases the “further details” it has promised.

Firstly, the fact that the review will be concluded in November, prior to the January 31st 2020 payment deadline, demonstrates that the pressure put forward by the Loan Charge Action Group and others has had a positive impact. This is a big win for all those involved. However, it also demonstrates just how late in the day the government is intervening.

The mere fact that there is now a review underway into the ‘appropriateness’ of the charge, but that there are HMRC deadlines relating to it in September and January – both of which require taxpayers to act, means that the government would be sensible to suspend the tax. In short, what I prefer to call a ‘tax hunt’ should be paused until the review’s findings have been presented and, ideally, digested.

Wrongly, the Loan Charge remains in force and leaves up to 50,000 people affected in limbo, many of whom have suffered from having to sell their homes to pay HMRC’s demands. People need clarity as soon as possible, about whether they will get money back that they have already paid. Others also deserve certainty about whether the charges will be dropped or maintained.

We ask that the review is conducted openly, fairly and in detail. And that means testimonials from affected individuals and their families. We also recommend that chancellor Sajid Javid fully take on board the feedback provided by review head Sir Amyas Morse.

But most importantly, we urge the government to indefinitely suspend the tax charge as soon as possible. The devastation – six individuals have died because of the charge – needs to be contained.

So Mr Javid, the government needs to take this unique opportunity to send a positive message to the 50,000 people affected by the Loan Charge, and to the millions more contractors up and down the country while this blight on our economically-vital flexible workforce is assessed without prejudice. Putting the charge on hold is both practical and proportionate, and there may not be a better time than right now. 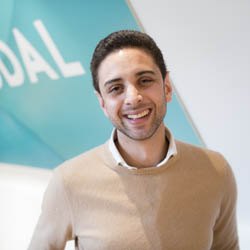 Oliver Hibbs-Brockway is an English technology entrepreneur, and the founder and CEO of Nodal. As an independent worker, Oliver experienced first hand the inefficacies within the recruitment market, leading him to founding Nodal, a disruptive freelance hiring marketplace.