Contractors, the Loan Charge legal challenge with the best chance of success just got the go-ahead

But thanks to that amazing campaigning, including from the Loan Charge APPG, the charge came into force from December 2010, rather than the originally intended 1999. So although the disgraceful retrospective nature of this invidious law remains, we did manage to halve it, despite people telling us in 2018 that we had no chance of changing the law, writes Andrew Earnshaw of the Loan Charge Action Group and LCJREU.

The fiasco over New Clause 31 was a bitter pill to swallow. We say ‘fiasco’ intentionally, in light of the Labour party’s new leadership then-deciding that those facing the Loan Charge weren’t worthy of the basic legal right to defend themselves in court – while all too many Conservative MPs decided to put their chances of junior ministerial office ahead of their previously stated commitment to oppose retrospective taxation! After the dust had settled, LCAG and the community of those facing the Loan Charge had to Regroup, Reorganise and Refocus.

Well, that is exactly what we have done and since then, we have shown that the fight against the unfair Loan Charge goes on. Now we are fighting the Loan Charge on two fronts.

First of all, we are continuing to campaign and to work with the Loan Charge APPG to highlight the injustice of the Loan Charge and its impact on contractors and other individuals, which now of course is becoming all too clear. Secondly, we are seeking to challenge the charge in court, via Loan Charge Judicial Review EU (LCJREU). And I’m delighted to tell ContractorUK readers that we have just cleared the first hurdle!

The grounds are that the Loan Charge offends a fundamental EU freedom -- the freedom of movement of capital. This is on the basis that loans involve a movement of capital (the transfer of money when the loan is made and its repayment).  If the loan comes from a territory outside the United Kingdom (including Jersey, Guernsey or the Isle of Man), EU law is engaged.

A contractor with a loan is liable to repay it.  If he or she has to pay income tax on the loan as though it were income, the ability to repay the loan is clearly compromised. HMRC recognise this. They accept that loans may be written off if tax is paid under the Loan Charge and they accept there will be no further charge to tax. There is guidance to this effect. This goes to the heart of the case. HMRC has stated publicly that the basis of the Loan Charge is that the loans are not meant to be repaid. If that broad assumption is wrong in any case, the contractor is severely handicapped and penalised.

The position of contractors

The underlying fault of the Loan Charge is that it is based on this cynical approach to the genuineness of the loan. Over the years, in practice, HMRC has not been able to decide whether to tax contractors on their loans. In many cases they have been aware of the loans and done nothing to tax them. The Finance Act 2020 recognised this but imposed rather strict requirements as to HMRC’s knowledge if the loans were to be exempted from the Loan Charge. In addition where contractors are self-employed (quite common!), the law expressly recognised that loans are not taxable receipts. The law had to be changed in 2017 so that they became taxable. Thus in the case of self-employed contractors, the Loan Charge was a retrospective tax.

Contractors shouldn't be sacrificed on the altar of administrative convenience

Essentially the Loan Charge is a one-size-fits-all charge on all contractors who have received loans. It ignores the employed/self-employed status of the contractor; it ignores the repayability of the loans; it overlooks the fact that HMRC has turned a blind eye to loans for years.

While there are cases where a tax charge on the making of the loans would be justified, there are many where it would not. The cases need to be decided on their merits – they fall into recognisable categories so that there is no need for every single case to be heard. But the differences need to be taken in to account. Contractors should not be sacrificed on the altar of administrative convenience. If there has been a breach of the principle of freedom of movement, HMRC must show that their actions have been proportionate.  LCJREU’s case is that to tax all of them alike is not proportionate.

The most secure challenge yet

Last Tuesday saw a milestone passed because the obtaining of leave is an essential first step for bringing Judicial Review proceedings both in Scotland and England. Parallel proceedings are being brought in England, but are proceeding more slowly. These are not the first proceedings to be brought to challenge the Loan Charge but we believe that these proceedings are brought on the most secure grounds.

The two cases could well be fought to the highest level -- the Supreme Court. There are two teams of barristers/advocates working on the cases. The common factor is a new set of chambers, Exchequer Chambers, whose members include Andrew Thornhill QC, Richard Clayton QC and David Welsh, a Scottish advocate but soon able to practice at the English Bar.  Recognising the importance of the cases, they have worked at greatly reduced fees.

So we thank all who have contributed to LCJREU and who have made this possible, including getting over the first hurdle and to all those who have subscribed to LCAG. Both organisations only function due to the persistent efforts of a team of volunteers, so we thank all of them especially. Now, we wait to see the next steps for LCJREU and in the meantime, LCAG will continue to speak up for and support those facing the Loan Charge. Together, we keep fighting. Together we are stronger. Together we have a chance. 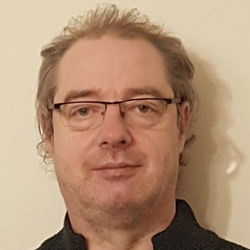 Andrew Earnshaw is the director of LCAG and LCJREU. He has spent years working in IT and set up LCAG in early 2018 because of the Loan Charge’s impact on individuals. Today, LCAG represents several thousand people facing the Loan Charge and campaigns on behalf of all Loan Charge victims and their families.