My fix for IR35 reform from April: better late than what's incoming

Appetite for upending the goalposts of private sector IR35 reform this close to April 6th 2021 is going to be slim all round, not least from a government with their work cut out trying to beat back a pandemic.

But it’s precisely because of the untamed covid-19 and its ongoing damage to the economy that the ridiculousness of HMRC’s new off-payroll rules (effective in just under 70 days’ time), really comes into its own.

To help the jobs economy get back on its feet from coronavirus, these incoming IR35 rules should be dropped and replaced with a Matthew Taylor-inspired recommendation from the government’s own commissioned Taylor Review of Modern Working Practices, writes veteran contractor recruiter Les Berridge, a former technology sector chairman of the Recruitment & Employment Confederation.

Instead of spending time filling jobs in the pandemic-hit economy, recruitment agencies are right now doing everything from checking worker identities, making right to work checks and adhering to complex tax compliance rules – the new IR35 variant being chief among them. And remember, this is a piece of legislation that not even its enforcer, HMRC, has shown that it’s on top of, having lost IR35 battles at the High Court on more occasions than it has won.

The tax compliance workload for agencies is significantly topped up by the April 6th 2021 reform because while it is clients who the incoming framework say must decide contractors’ IR35 status, agencies are doing a lot of the educating to get the client into that decision-making position. In their own houses too, recruiters as ‘fee-payers’ are rushing to put in place processes and procedures to abide by this multi-duty legislation – assuming their clients follow it and don’t just ban or ‘inside’ assess all their PSCs. Staffing firms are also having to implement processes and procedures to head off their own liability and exposure to IR35 reform.

All of this for recruiters comes at a time when, more than any period I can remember, the country needs these work-facilitators to being doing their jobs of putting people into jobs, for both the good of people and the health of the economy.

Where Matthew Taylor was onto something

Before ‘covid’ was even a word in most people’s everyday language, Matthew Taylor got it right when he said in his July 2017 Review of Modern Working Practices that the government should “make it easier for individuals and businesses to distinguish workers from those who are legitimately self-employed.”

This certainty for all contractual parties in the supply chain is exactly what’s needed now – instead of the hazy reality we have, in the run-up to the April rules. With the prize of certainty, employers in the UK would be able to make proper and full use of flexible staff and contract resource exactly as they should be, to get their own businesses and people’s livelihoods firing on all cylinders to help with the economic recovery from covid.

Instead of IR35, imagine the following...

How? It’s pretty straightforward. The government needs to ditch the entire off-payroll working in the private sector framework and replace it with a totally new category of taxation, a readily identifiable ‘Contractor’ category to sit alongside PAYE and Self-Employed.

Under this proposal to replace private sector IR35 reform, contractors would have the choice of working PAYE or umbrella, as they do now, or via their own limited company.

If they go the limited route there would be no IR35 to consider, so their pay would be given to them gross, and it would be for the contractor to disburse as the contractor sees fit. But that pay would still of course be subject to income tax, dividend tax and corporation tax, depending on how the contractor paid themselves.

This is as largely as was the case before 1999. However, under this proposal to replace this April’s off-payroll rules, they would have some obligations – they’d have to be a UK-registered limited company; they’d have to be a 25%+ shareholder, and they’d likely have to pay to hold relevant insurances (Professional Indemnity at the very least). All these criteria they didn’t have to meet before IR35 came along. But I propose that PSC contractors would also lose any rights under the Agency Workers Regulations, the Employment Agencies Act 2003 and the Working Time Directive. They would also be precluded from bringing claims for unfair/unlawful dismissal.

The upsides of doing away with the off-payroll mess

I calculate that HMRC would get almost the same amount of tax, but clients and agencies would have a lot less red tape to wade through (than proposed from April 6th). Meanwhile contractors would have certainty -- in return for the loss of a bunch of rights that most of them don't really want or need anyway.

This is just so simple a fix for IR35 reform and the problem of IR35 overall. There would be no IR35 to hinder businesses, no more subjective judgements, no more tricky court cases. On the ground, contractors wouldn't balk at having to verify their identity and right to work (as they often do now), and it would free up agencies as work-facilitators. Plus, the UK’s large and medium companies could hire limited company contractors with impunity, while people would actually be incentivised to become contractors – something else that there is now serious question marks over due to the government’s imminent off-payroll framework.

My call to action

This proposal to replace the new IR35 framework with a more certain, less burdensome alternative would help to pull us out of the covid-caused recession faster. So I hereby call all trade associations with the IR35-affected as its members or partners (ranging from the Association of Professional Staffing Companies to the Association of Independent Professionals and the Self-Employed), to support a return to Taylor-style recommendation of making it easier to spot the genuinely self-employed. This objective appears to have got totally lost in the government’s mind since it was recommended in 2017, and my fear is that it will be lost forever once April’s unwieldly legislation bites, and leaves the entire supply chain arguing over who is and who isn’t a legitimate contractor. All this will play out as the coronavirus continues to ravage the economy. It currently looks like, for the contractor sector at least, many businesses and individuals will be legislatively required to fiddle while Rome burns. 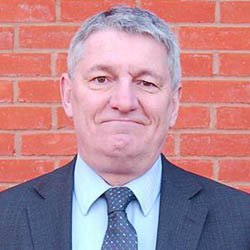 Les has recently retired, having worked in front line recruitment throughout his career, mainly in the Technology sector. He has held the Diploma in Recruitment Practice since 1993 and has been a member of the REC's Technology Exec Committee (ultimately as the Chair) for the last 14 years. Les was also consistently one of Gattaca's top performers and in his last full-time year produced more revenue than anyone else.